Ever wish you could join Gary Roberts for your summer training? 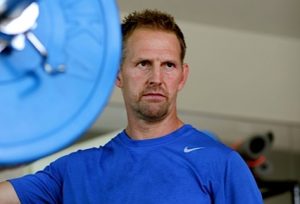 Next Friday, August 19, Sport Chek will launch a live sporting event that will unite Canadians both online and offline – similar to the way that the Olympic Games unites the world.

'Chase The Gear' is essentially a game of live chase, in which Gary Roberts, 23-year NHL veteran, beloved Toronto Maple Leaf player and Stanley Cup winner, will run through Toronto's High Park - participants will be able to “chase” him down to receive gear from Sport Chek as prizing.

The entire chase will be broadcast on Facebook Live and online viewers will also have an opportunity to win prizes by unlocking power-ups for the runner by reacting to and sharing the Live video.

Gary Roberts is one of the most sought after trainers for high profile athletes and he is challenging Canadians to show they have #WhatItTakes. Roberts knows that whether you're competing on a world stage or in any hometown game, athletes must acknowledge and recognize the effort that goes into getting them ready to compete.