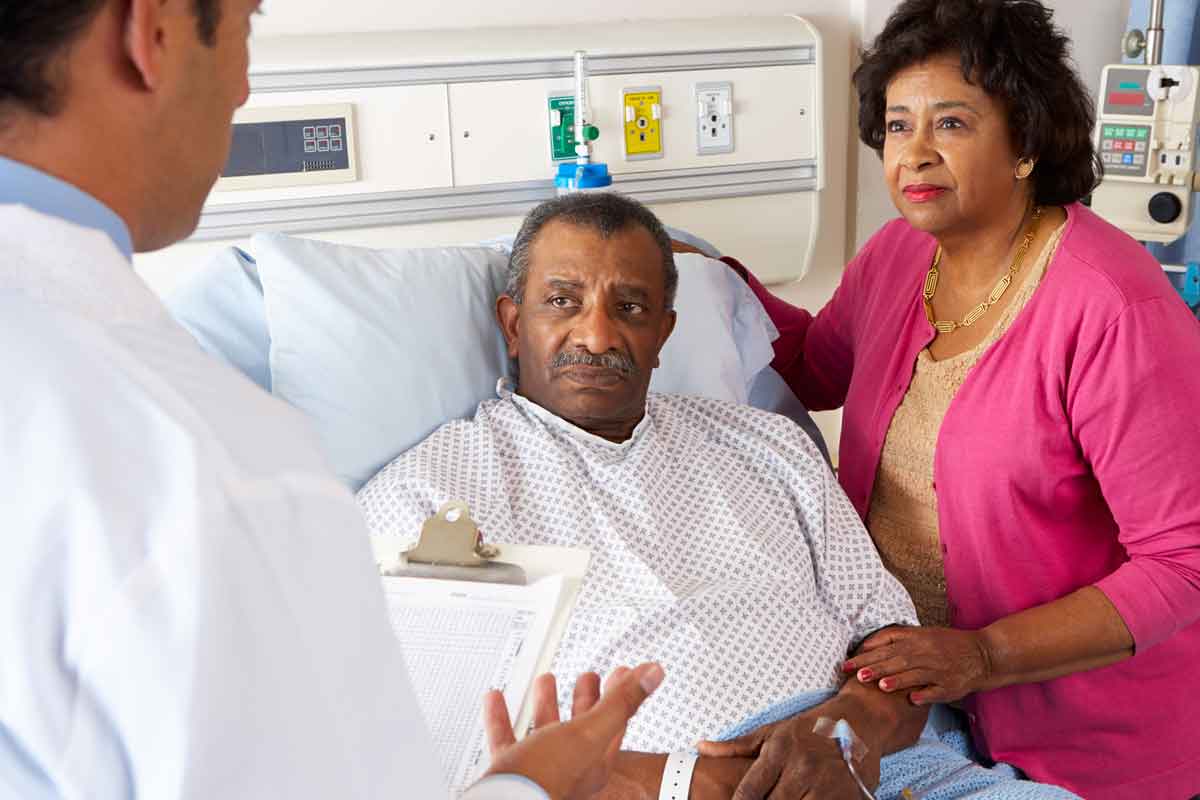 CHICAGO, Illinois – Feb. 1, 2018 – According to a new study, black Americans have more severe vascular disease by the time they see a vascular surgeon, and they are more likely to die of it than other ethnic groups.

Vascular disease is sometimes called “poor circulation,” but that doesn’t describe the many ways it is harmful. It can cause heart disease, stroke, peripheral artery disease (in the arms and legs), carotid artery disease, aortic aneurysms and other diseases related to blockages in the arteries. Many of those diseases are related to hardening of the arteries, or atherosclerosis.

The study, published in the February Journal of Vascular Surgery, has also found that African American are getting damaging vascular disease at an earlier age than other populations. In addition, compared with all ethnic groups, black patients were:

However, the study found that by the time the African American patients saw a surgeon, they had more severe carotid disease (in the neck artery that brings oxygen to the brain), more severe abdominal aortic artery disease (which, if it ruptures, has a high risk of death) and much worse peripheral artery disease, with 73 percent suffering from the most extreme form, known as critical limb ischemia. PAD and CLI can lead to amputation.

“I realized early in my career that the incidence of vascular disease was highest in my patient population,” said noted vascular surgeon Dr. Donna Mendes, who practices near the Harlem neighborhood of New York City and treats many African American patients. She comments on the issue in a Society for Vascular Surgery video.

“Many [patients] come to see me when their disease has progressed to the point that all I can offer is amputation,” she said. “My patient population has an enormous burden [from hardening of the arteries]. The additional factors of smoking, obesity and not treating their diabetes and cholesterol complicate their vascular disease. The rate of amputation [has been] more than twice that of Caucasians.”

This study, noted invited commentary writer Dr. William Flinn, a vascular surgeon in Florida, “should be ready by every physician. It is of critical importance to improving health care in this country.”

The Society for Vascular Surgery® (SVS) is a 5,800-member, not-for-profit professional medical society, composed of specialty-trained vascular surgeons and professionals, which seeks to advance excellence and innovation in vascular health through education, advocacy, research and public awareness.

Editors: The full Journal of Vascular Surgery article, “Black patients present with more severe vascular disease and a greater burden of risk factors than white patients at time of major vascular intervention,” is open source and available at www.jvascsurg.org/article/S0741-5214(17)31777-9/fulltext