TORONTO – Tomorrow, Friday,
October 5, marks the official opening of Escape Manor’s flagship location at 383 King Street West. After wild success across Canada and around the world, Escape Manor has placed their crown jewel in the heart of Toronto’s Entertainment District. The gorgeous three-level venue brings together incredible entertainment experiences with a fully licensed bar, immersive games lounge, axe throwing, and unbelievably real escape rooms all under one roof. 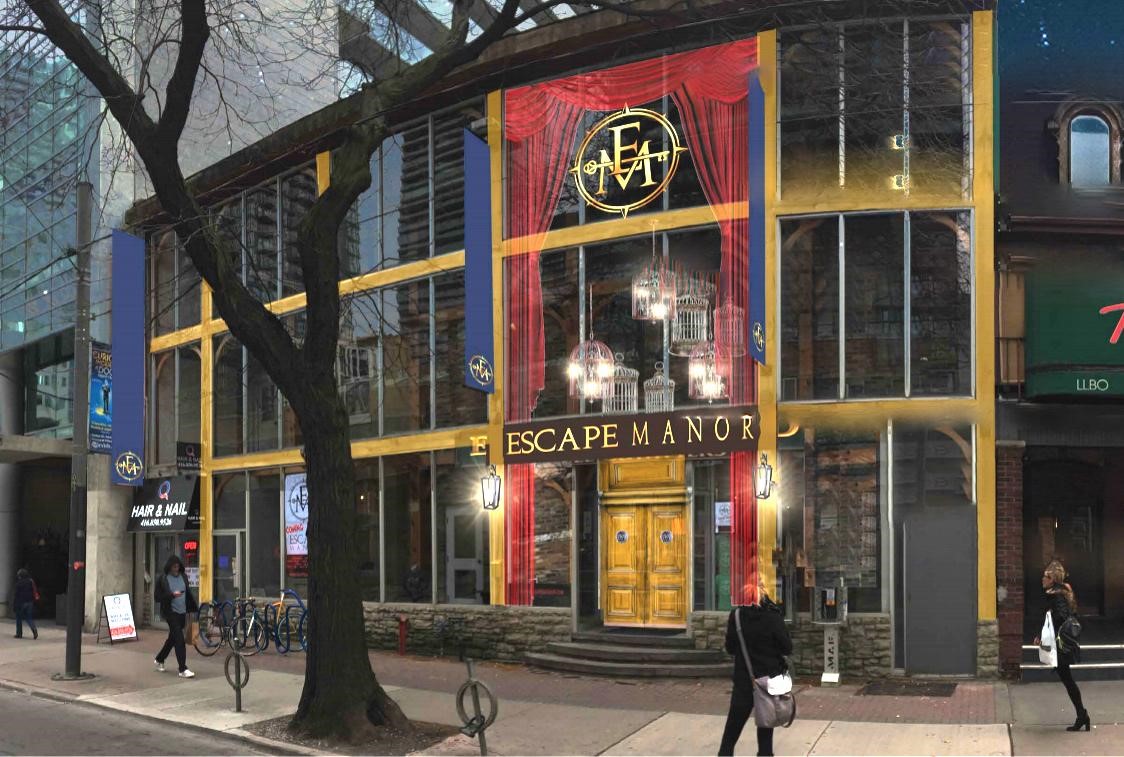 Escape Manor on King West
Escape Manor was founded by Billy Rogers, Chris Bisson, Neil Schwartz and Steve Wilson, all passionate hospitality and entertainment gurus who drew from their professional backgrounds to create this interactive facility. Their vision is to provide visitors with an experience like no other. With multiple awards and a Guinness World Record under their belt, people are buzzing about Toronto’s newest entertainment hot spot.

“We are very excited to bring our premier immersive experiences to the heart of downtown Toronto,” says Steve Wilson, Partner and Vice President of Marketing, Escape Manor. “Given the success of our existing eight locations, we are eager to take it to another level and become the go-to destination for Torontonians to experience a new world of entertainment.”

Escape Manor has also partnered with the Citytv original series Bad Blood, ahead of its Season 2 premiere on October 11, baking the show’s mob-based narrative into its Death Row escape room, complete with celebrity introduction by series star and Canada’s own Kim Coates.

Upon entering Escape Manor, guests are welcomed into The Lounge to enjoy custom cocktails, wine, local craft beer and tasty bites - the perfect fuel as they try to escape from handcuffs, enjoy a blindfolded sensory experience, or lose themselves in a world of brain teasers. Mystery Boxes, games of wit, bocce and cocktail roulette are but a few of the activities to be found within the lounge.

A trip to the second-floor challenges visitors to hit the bullseye with fully-attended axe throwing courses. Sessions are offered in both one and two-hour time slots where a group of six or 12 can compete to see who will end up on the chopping block. 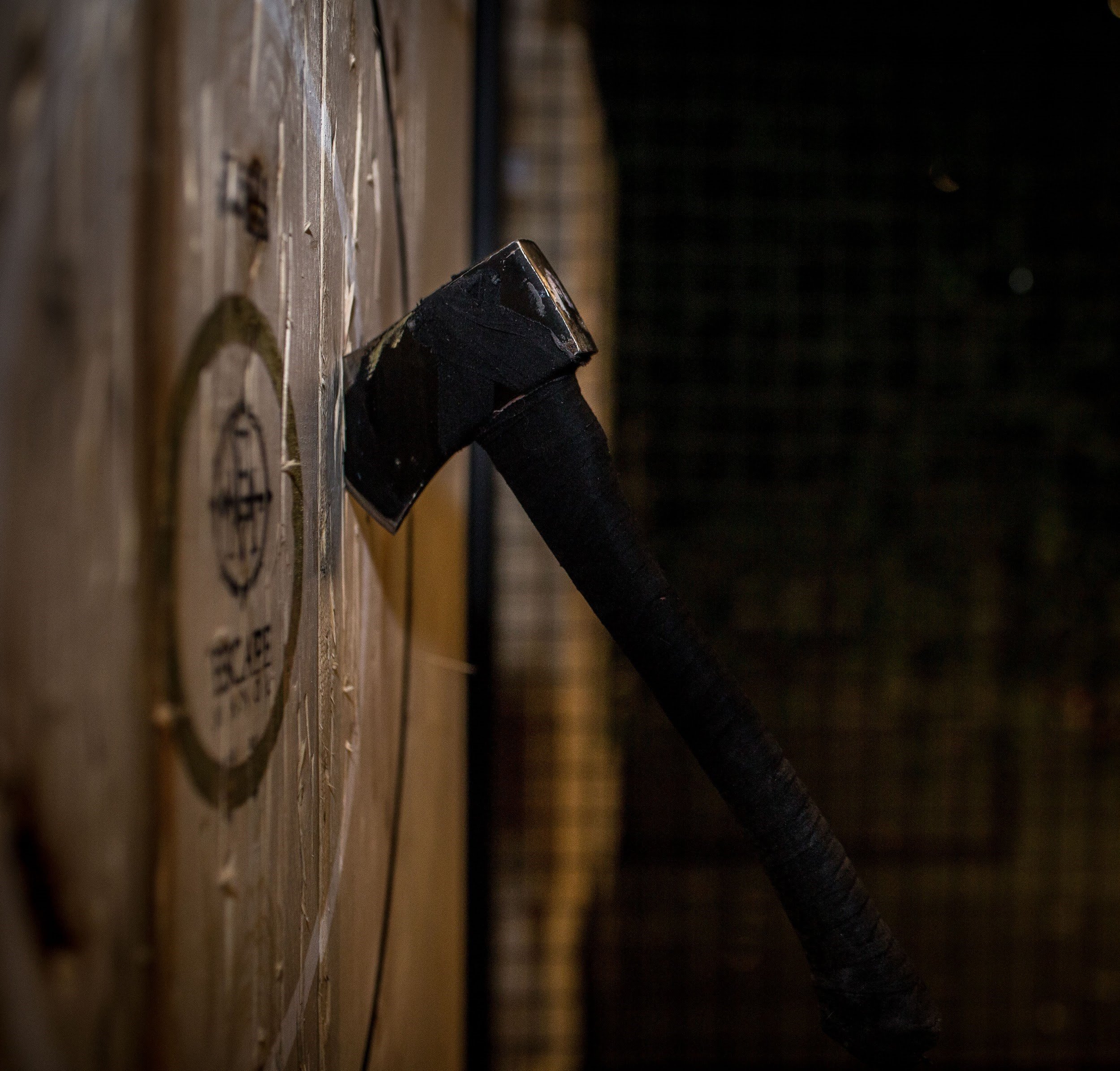 Axe Throwing at Escape Manor
If that isn’t enough excitement, Escape Manor’s famed escape rooms challenge groups of six to eight to beat the clock and avoid a twisted fate. Fan favourites including The Asylum, Death Row, The Wine Cellar and The Darkness which offer provocative storylines and place participants into a world of continuous suspense.
All of Escape Manor’s experiences promote teamwork and engagement, making it perfect for corporate team building workshops and festive events. Whether through a timed escape, axe throwing tournament or psychological showdown, groups gain experience working towards a common goal, resolving conflicts under pressure and promoting positive relationships. 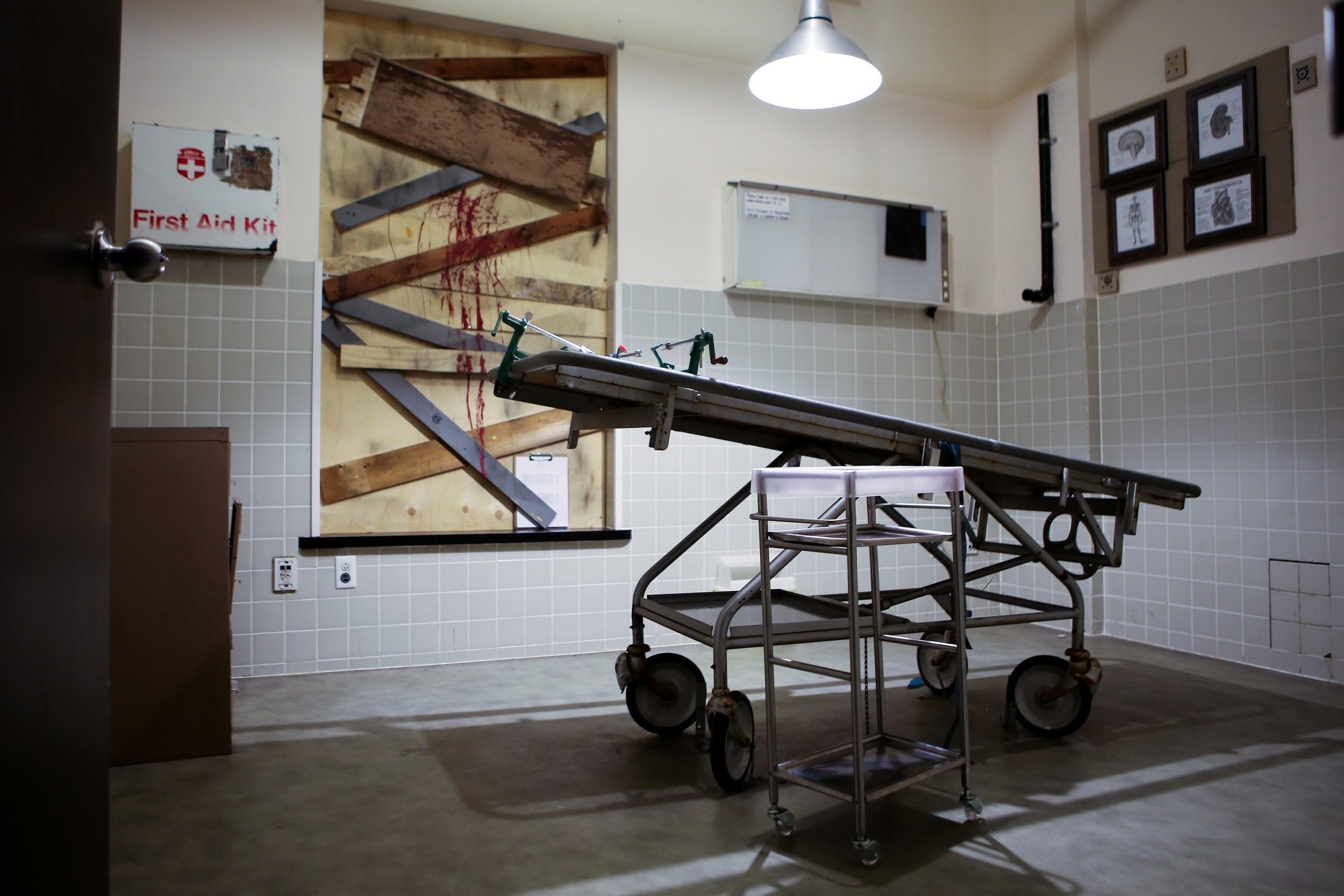 About Escape Manor
Escape Manor Inc. is an immersive entertainment company founded in 2014 by four passionate, hospitality minded entrepreneurs. The company has locked up over half a million guests to date, won dozens of awards (including a Guinness World Record and Ontario Tourism’s Innovator of the Year), and has donated over $250,000 to local charities. Escape Manor strives to be a top employer and to deliver cutting-edge immersive, innovative fun to a discerning and engaged clientele.