MONTRÉAL, April 22, 2018 /CNW/ - Taking advantage of ideal conditions at the start, Ontario runners Tristan Woodfine, in men's, and Sasha Gollish, in women's, won unequivocal victories on Sunday at Parc Jean-Drapeau in Montréal, for the 16th edition of the Banque Scotia 21k de Montréal. Woodfine, 24, of Cobden, Ont., crossed the finish line located at the edge of the Olympic Rowing Basin in 1:05:43. Gollish, 36, of Toronto, won the women's event in 1:16:14. 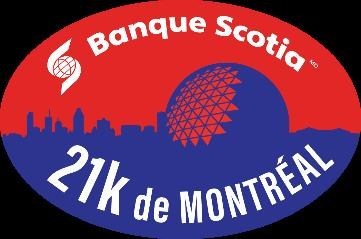 At press time, the Scotiabank Charity Challenge had raised $1.3 million for 71 charities in the Montréal area and the number is expected to continue to grow as fundraising remains open for 30 days after the event.

Taking place over two days, the Banque Scotia 21k de Montréal featured a 1k Kids Run, 5k, 10k and 21k distances. Nearly 7,000 racers crossed the start lines of the various distances and the event was sold out for yet another year!

Introduced last year, the Kids run and the 10k distance grew in popularity. With an increased capacity to meet the demand, these distances welcomed a new wave of fundraisers happy to find a middle step between the 5k and the 21k to motivate them.

"We are proud that this has been a record-breaking weekend in terms of funds raised for the Scotiabank Charity Challenge," said Francois Lecot, Race Director, Canada Running Series. "The sun was shining on the 7,000 runners who took part in the 21k, 10k, 5k & Kids Run, making it a fun and meaningful weekend for the whole family. We are also proud of the turnout and performances of our athletes, particularly our Quebec elite runners, including Francois Jarry and Olympian Anne-Marie Comeau who both placed second overall."

The Scotiabank Charity Challenge is a turnkey fundraising program that provides a simple way for runners in these races to support local causes that make a significant impact on Canadian communities. Participating charities keep 100 per cent of the proceeds raised, as Scotiabank pays for all transaction and credit card fees. Scotiabank offers the Scotiabank Charity Challenge at six sponsored marathon events across Canada including Montréal, Halifax, Ottawa, Calgary, Vancouver and Toronto.

Scotiabank believes in helping young people reach their infinite potential, and many organizations who take part in the Scotiabank Charity Challenge have a direct impact on our local youth. Young people are our future leaders and it's crucial to provide them with the skills and resources they need to succeed.

The Banque Scotia 21k de Montréal race weekend is a world-class sporting event that brings together recreational and elite runners from across Canada and beyond for a race in Parc-Jean Drapeau, one of Montréal's most beautiful locations.

At Scotiabank, we aim to support organizations that are committed to helping young people reach their infinite potential. Young people are our future leaders and Scotiabank's goal is to help ensure that they have the necessary skills and resources they need to support their success. Together with our employees, the Bank supports causes at a grassroots level. Recognized as a leader for our charitable donations and philanthropic activities, in 2017, Scotiabank contributed more than $80 million to help our communities around the world.

Scotiabank is Canada's international bank and a leading financial services provider in North America, Latin America, the Caribbean and Central America, and Asia-Pacific. We are dedicated to helping our 24 million customers become better off through a broad range of advice, products and services, including personal and commercial banking, wealth management and private banking, corporate and investment banking, and capital markets. With a team of more than 89,000 employees and assets of over $923 billion (as at January 31, 2018), Scotiabank trades on the Toronto (TSX: BNS) and New York Exchanges (NYSE: BNS). For more information, please visit www.scotiabank.com and follow us on Twitter @Scotiabank.

About Canada Running Series
Canada Running Series is the nation's premier running circuit with 8 events: 4 in Toronto, 2 in Vancouver, 1 in Edmonton and 1 in Montréal. It annually attracts some 60,000 participants and raises more than $6 million for some 320 mostly-local charities.

We are passionately committed to staging great experiences for runners of all levels from Canadian Olympians and International stars, to healthy lifestyle people and charity runners; and to making sport part of sustainable communities and the city-building process. Our mission is "building community through the sport of running." Join us at www.RunCRS.ca 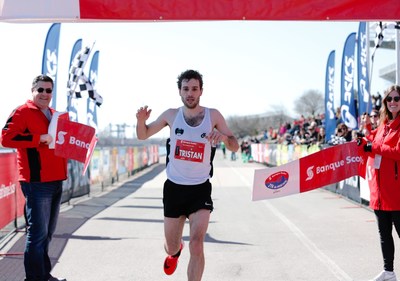 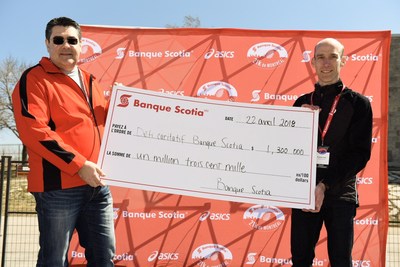 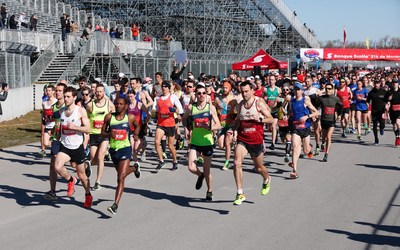 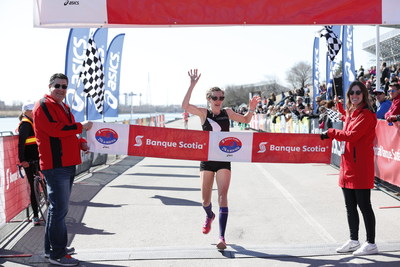