// Benefits of Having a Strong Core

Benefits of Having a Strong Core

People often train the core in hopes of an aesthetic body. While it certainly feels good to look good, there’s much more behind a strong core than just a six-pack.

There’s a wide variety of useful benefits obtained from training the core. Aside greater strength, training the core is beneficial for multiple other aspects of fitness. On multiple disciplines, having a strong core is a must in order to achieve the most optimal performance possible.

Anyone who has committed to proper core training knows how difficult it is to train this group of muscles. Working the core has never been easy; but big efforts bring big results.  For those who haven’t considered training their core, here are some of the amazing features they’re missing out on:

Functions of the Core

The abdominal area lacks a bone structure. Because of this, the only thing standing between the skin and internal organs is our core. Thus, the multiple muscles that compose the core act as a shield to compress and protect internal organs.

Each of these muscles serves a specific function. The “exterior” abs, rectus abdominus, are responsible of providing flexibility to the lumbar spine; but they also work as a muscle shield that protects the internal body. The “inner” abs, transverse abdominus, are responsible for protecting and compressing our ribs and viscera. Additionally, they provide stability to both the thorax and the pelvis.

Boxers not only train their core for fit purposes. A carefully worked core can significantly reduce the effectiveness of a punch to the stomach.
There’s one last group of abdominal muscles, called obliques. Just like abdominus, they are separated into internal and external obliques.

The external group is the most superficial one; it’s located along the lateral portions of the abdomen and provides flexibility and rotation. On the other hand, the internal group acts in opposition to the diaphragm assisting breathing and allowing the trunk to bend sideways.

The spine is supported by multiple muscles, the most important being  the abdominal muscles and lower back. These muscles are responsible for spine stability; if they’re not properly trained, stability is affected.

While exercising, these muscles have to work harder in order to stabilize the spine. However, if the core lacks strength all the effort will be performed by the lower back. This usually leads to lower back pain.

On the other hand, a strong core helps to remove tension and stress on the lower back while still improving stabilization. If the spine is properly supported, balance is improved.  The core is also responsible for the stabilization of the hip, which comes in very handy for injury prevention on multiple sports, and even daily activities.

The abdominal muscles are in the center of the body; hence they’re referred to as “core”. Basically, the core is the connection between the upper and lower body. Any motion that involves both parts has to engage the abdominal muscles.

Athletes train their core in order to reach the most optimal performance, as it plays an important role in many aspects of their fitness. The abdominal muscles improve the coordination of motions and extremities for both athletes and non-athletes.

Professional basketball players go through intense core workouts, as it has a considerable impact on their jumping capability.
Running, jogging, jumping, boxing; it all starts at the core. The core has a role even on the most simple motions, such as walking. One would normally think the extremities do all the work; the legs while running, the arms while swimming.

That’s not the case.

Most of the motions start from the core, and move outwards towards other muscles and extremities. A rock-solid centre guarantees strong movements and coordination to perform both sports and daily activities.

The core isn’t easy to train; but it’s definitely worth it. Not only does it improve athletic performance, but it also improves multiple daily life aspects.

Keep in mind that each abdominal muscle meets a certain function, thus each muscle of the core should be trained equally. It’s a huge mistake to target only the external muscles, as not training inner muscles will lead to muscular imbalances, which can cause injuries on the long run.

Additionally, training a portion of the core won’t bring as much benefits as working it as a whole. Aesthetics are important, but functionality should be the priority.

This part of the body plays an important role on the general structure and should be trained at least twice a week. Whether it’s through weight training, HIIT (High Intensity Interval Training), or simple aerobic activities, training these central muscles will bring results.

Athletes who skip core training make a huge mistake. Out of all people, athletes are the ones who can probably get the most out of a strong core. Training these muscles is key to achieve the most optimal performance in almost every athletic discipline.

Once the core is strong, every other aspect of fitness will fall into place.

An entrepreneur and a husband, Dan hails from Copenhagen, Denmark. He loves to join ultramarathon races and travel to popular running destinations together with his wife. During regular days, he manages his websites, Runnerclick, FightingReport, GearWeAre and TheGearHunt. Dan has also been featured in several popular running blogs across the world. 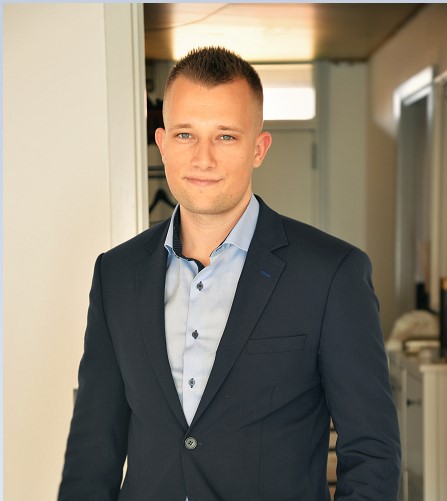