// Canadians favour fitness over finances when it comes to 2017 resolutions

Canadians favour fitness over finances when it comes to 2017 resolutions

One in three (33%) Canadians say improving their personal fitness and nutrition is their top new year's resolution, compared with only 21 per cent who chose to focus on financial goals, based on a recent Ipsos survey. 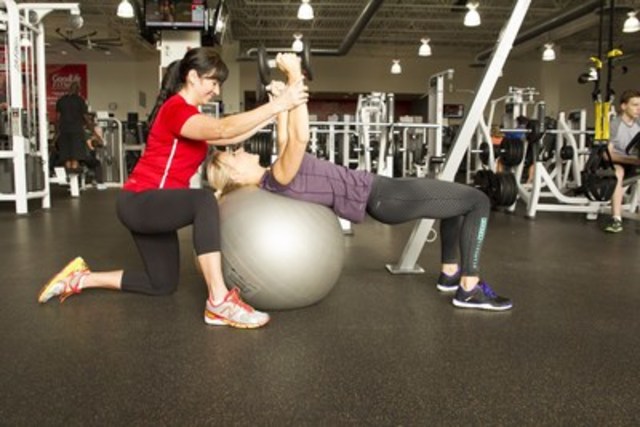 The survey, conducted on behalf of GoodLife Fitness, also found 13 per cent of Canadians resolved to dedicate more time to travel and leisure, 11 per cent plan to quit bad habits like smoking or drinking, and 10 per cent would spend more time with family and friends.

"It's great to see more Canadians choosing fitness and nutrition as their number one resolution for 2017 because it suggests people are making positive choices when it comes to eating well and being active, with the goal of feeling better overall," said David 'Patch' Patchell-Evans, founder and CEO of GoodLife Fitness.

More than half (53%) of Canadians say improving their overall quality of life is the primary motivation for pursuing a health and wellness resolution. Preventing health risks (45%), losing weight (42%) and increasing their energy (41%) ranked as other top reasons to exercise more and eat better.

Many Canadians say they're willing to make lifestyle changes to achieve their fitness and nutrition goals. Nearly half (45%) say they would plan to change their eating habits by developing a healthy meal plan, while one in three (34%) say they would set a weight loss goal for themselves.

Other Canadians are looking to become more active. Four in 10 (41%) would spend more time outdoors, while one in four (24%) say they'd find a friend to be active with. One in five Canadians (18%) say they would join a gym.

"These are all concrete steps toward a healthier lifestyle. Whether it's joining a fitness club, consulting with a personal trainer, making a meal plan or just getting out for a walk, Canadians are finding ways to eat healthier foods and exercise more in 2017," said Patch. "The important part is to build healthier habits into your daily routine. That way you're more likely to stick with your resolution beyond the first few weeks."

To find out more about what helps Canadians stay motivated to work out, GoodLife Fitness polled 1,100+ longer-term members who have work out at the gym a minimum of 10 times per month, over the past two years or longer.

GoodLife Fitness' research experts conducted a topic-modelling analysis on the responses, and found the top three motivating factors for long-term members are:

When asked about the secret to long-term fitness success, the most popular response was to rely on a personal trainer or group fitness instructor to motivate them and keep them accountable. Another secret was to make exercise a non-negotiable part of the daily routine. Finding something you love to do is also a major part of success – whether it's running, yoga, weights or group fitness classes.

"Making a personal connection at the gym, by bringing a friend, taking a group fitness class, working with a personal trainer, or by signing up for a team training camp seems to be an essential step in establishing a fitness routine," explained Tracy Matthews, GoodLife Fitness Executive Director of Member Services. "We heard repeatedly that members feel better after a workout, and would actually push themselves to go to the gym to boost their mood and productivity. These immediate emotional and psychological benefits are major drivers in helping members stick with their routine."

About the research
Ipsos survey
Ipsos conducted a poll on behalf of GoodLife Fitness. A sample of 1,000 Canadians were interviewed between December 15 and December 19, 2016 as part of Ipsos' online panel. Weighting was then employed to balance demographics to ensure the sample's composition reflects that of the adult population according to Census data and to provide results intended to approximate the sample universe. The precision of Ipsos online polls is measured using a credibility interval.  In this case, the poll is accurate to within +/ - 3.5 percentage points, 19 times out of 20, had all Canadian adults been polled.

GoodLife Fitness long-term member survey
The survey of long-term members was led by Scott Leith, Ph.D, data scientist and research psychologist with GoodLife Fitness. GoodLife received 1,120 responses to an online survey of long-term active members, who have worked out a minimum of 10 times per month for two years or more. Members were asked a series of closed and open-ended questions and a topic-modelling analysis was performed to determine overarching themes in the open-ended questions. The average age of respondents was 45, and the 25th percentile age was 33. Respondents were approximately 55 per cent female and 45 per cent male.

About GoodLife Fitness
Proudly Canadian since 1979, GoodLife Fitness is the largest fitness company in Canada and the fourth largest in the world. With over 375 clubs from coast-to-coast, including 40 Énergie Cardio and ÉconoFitness Clubs in Quebec, approximately 14,400 employees and more than 1.3 million Members, GoodLife is helping to transform the health and wellness of one in 28 Canadians every day. GoodLife also provides workplace wellness programming and services to more than 3,000 corporate partners across Canada. www.goodlifefitness.com