// CGPA Statement on the Resumption of US-Canada Trade Talks

CGPA Statement on the Resumption of US-Canada Trade Talks

TORONTO, Sept. 5, 2018 /CNW/ - The following is a statement by Jim Keon, President of the Canadian Generic Pharmaceutical Association (CGPA), on the resumption of trade negotiations between the United States and Canada: 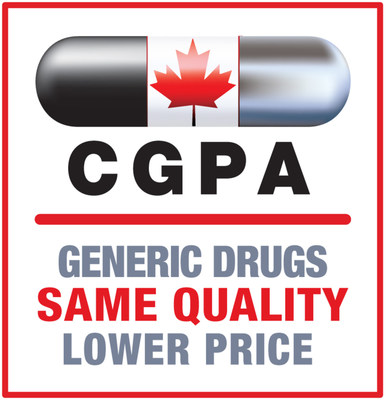 It is CGPA's understanding that there are many US proposals on the table that would require changes to Canadian law and delay competition from generic and biosimilar medicines, including longer periods of data protection for biologic drugs. Biologic medicines represent the fastest growing cost segment of health care spending.

If such proposals were adopted they would create billions of dollars in new costs for employers who sponsor employee drug benefit programs, governments, and patients who pay for medicines out of pocket.

Canada's intellectual property regime for pharmaceuticals was amended in September 2017 as a result of the Comprehensive Economic and Trade Agreement (CETA) with the European Union. The Parliamentary Budget Officer has conservatively estimated that the two-year patent term extension included in CETA will cost Canadians more $600 million annually.1 It is our understanding that the measures pursued by the US in the negotiations go far beyond the measures included in CETA, and would be far more harmful for Canadians if adopted.

Prime Minister Trudeau and Foreign Affairs Minister Freeland have stated repeatedly that they will only sign an agreement that is in the best interests of Canadians. Canada already has a strong intellectual property regime for pharmaceuticals. There are no concessions in the area of pharmaceutical intellectual property that are in the best interests of Canadians.

The Canadian Generic Pharmaceutical Association (CGPA) represents Canada's generic pharmaceutical industry. The industry plays an important role in controlling health-care costs in Canada. Generic drugs are dispensed to fill more than 71 percent of all prescriptions but account for account for only 21 percent of the $28-billion Canadians spend annually on prescription medicines.