// Fast Facts on Sexual Assault from

Fast Facts on Sexual Assault from 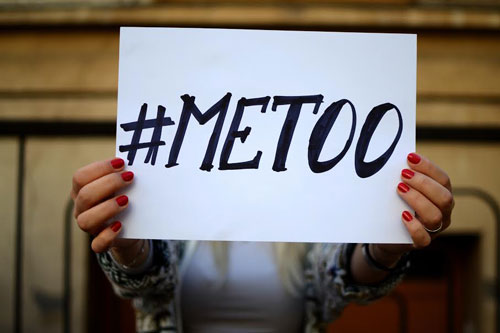 In the wake of accusations against Matt Lauer, Charlie Rose, Harvey Weinstein and other powerful notable public figures from entertainment and politics, sexual assault is a hot topic in the news and on social media. Many argue that not enough is being done to protect women inspiring a “me too” campaign which has spread on social media inspiring women to share an incidence of inappropriate sexual advances. Dr. Sanam Hafeez, a NYC based licensed clinical psychologist, teaching faculty member at the prestigious Columbia University Teacher’s College and the founder and Clinical Director of Comprehensive Consultation Psychological Services, is incredibly passionate about the topic given she sees the negative long-term consequences of sexualassault. In this open honest, Q&A Dr. Hafeez shares insights to offer clarity and help drive the conversation forward.

Sexual abuse or assault is most commonly reported as being committed by a relative, a parent or a sibling. It can also be a close family friend. Such assaultusually takes place at home, and for years, goes unreported or unaddressed. Sexual assault can also take place in the workplace or with a work colleague outside of the office location. This is what we are seeing in the news as more and more people become comfortable coming forward.

It is important to note that sexual assault also occur in dating, committed relationships, even marriage. If one person feels uncomfortable and clearly declares their unease or fights a certain type of intimacy, it is assault if it is forced on them. Often, women ignore such assaults as just part of their relationship.

What is the mindset of the assailant?

Opportunity, a sense of entitlement and oppression over the victim. They want to assert power over the victim. Partly it’s a pathology that leads people (often men) to coerce another person into a sexual act. It can be a form of control that someone feels they are lacking which drives them to dominate someone they perceive as weaker. It is definitely more psychological than physical, as the tactics are often based in domination, a sense of strength along with the satisfaction of ‘owning’ the victim.

What are the thoughts of the victim when it happens and after?

Typically, victims experience feelings of fear and guilt that they somehow helped precipitate it in some way. They also have a horrible sense of being bonded forever with the assailant in hiding the crime. They also experience rumination as they replay the event over and over leading to anxiety or depression, self-doubt and a sense of extreme vulnerability. They question their safety and ability to protect themselves.

Why do many people refrain from coming forward with an accusation?

Many fear persecution, losing family and loved ones, being 'tainted', not being believed and the “drama” of it all. They figure best to remain quiet as not to stir anything up. When it comes to the workplace, many fear losing their jobs or having their name linked to something scandalous. This is why they often remain silent. What we see currently in the news media is a momentum of more and more people coming forward because they see they will be protected once they do. We also see workplaces sticking to their core values as an organization regardless of how notable the accused is. The statement made by NBC after Matt Lauer’s firing went in this direction.

What are the key things women must do when assaulted and why are they so important?

First, report the assault immediately to if not family or close friend, the police. Stepping forward to police prevents it from happening again to you and to others. It's incredibly important to keep the evidence, clothes, texts, etc. seek medical and psychological treatment. Document everything. This is more difficult for children who may cope through playing or with drawing. Parents should pay close attention to what their kids express during play. Oftentimes children who are sexually abused feel anxious or frightened that "something bad will happen" if they tell a grown up. Kids become paralyzed with fear and then deny or bury the memory of the trauma.

What should parents tell their children about inappropriate sexual advances from adults?

It is very important that parents make kids feel 100% safe should they ever have anything to share with parents. Having open discussions about their bodies so they understand what is and isn't appropriate is also key. Parents should tell their children that any contact that makes them feel uncomfortable is unacceptable and they should always tell their parent or a trusted adult. Kids must be empowered to be assertive and vocal to the adult making the advances. Finally, children should not feel pressured or forced to hug, kiss or be overly affectionate with anyone.

What are long term ramifications if children do not speak up?

They learn that the behavior is either acceptable or become timid and afraid to address it. It shadows their lives in other ways as well. They may bury the incident only to later develop anxiety, addictions to alcohol, drugs or food. They may develop an eating disorder, engage in cutting, or other self-damaging behaviors.

What are long term ramifications if adults don't speak up?

Trauma affects people of all ages. When adults keep the incident to themselves and try to forget it, it still lingers in their mind. Anything can trigger the memory or the feelings associated with it such as anxiety, fear and a general uneasiness. This may arise in intimate relationships where a person may be closed off sexually or emotionally without knowing why.

What is the treatment for moving past sexual assault?

One form of therapy that has been extensively researched and proven to be effective for treating trauma such as sexual assault is EMDR, Eye Movement Desensitization and Reprocessing. This combined with cognitive behavioral therapy and talk therapy helps heal.

Does admitting it happened and seeing the accused brought to justice help the person get over their experience if so why? If not what else must they do to heal?

Yes, many avoid the experience because if they admit it to the world then they have to admit it to themselves and relive it. In reality, having the accused brought to justice brings closure, hopefully a possibility that it won't happen to others but there's healing in the exposure. Exposure therapy is one of the best treatments for all trauma.

What else would you like people to know about this subject?

That sexual assault exists a lot more than people think and would like to believe. Yes, there are some guidelines to what constitutes it, but there are some rules of thumb when it comes to children in particular. For example, a child cannot consent to any form of sexual activity, period. When a perpetrator engages with a child this way, they are committing a crime that can have lasting effects on the victim for years.

Education is a must, to help spread awareness and teach both adults and children what is and is not appropriate.

What are some ways parents can educate their children?

It all depends on the age, cognitive and developmental level of the child but at any age, a parent should try and instill some basics into their child about abuse. For instance; telling very small children or toddler about who can bathe them or touch their private parts, teach them to have a healthy body image but understand privacy. As they get older, allow children to explore developmentally but have them be aware of their rights, such as even not kissing grandma if they don't feel like it. Giving children that control allows them to understand the ownership over their bodies and realize its value. Explain as they get older what types of actions constitutes assault but always, at all ages, explain, that they need to tell a trusted adult when someone hurts or violates them.

She can certainly provide answers to specific questions regarding the connection between grief and anxiety. Feel free to send them to me.