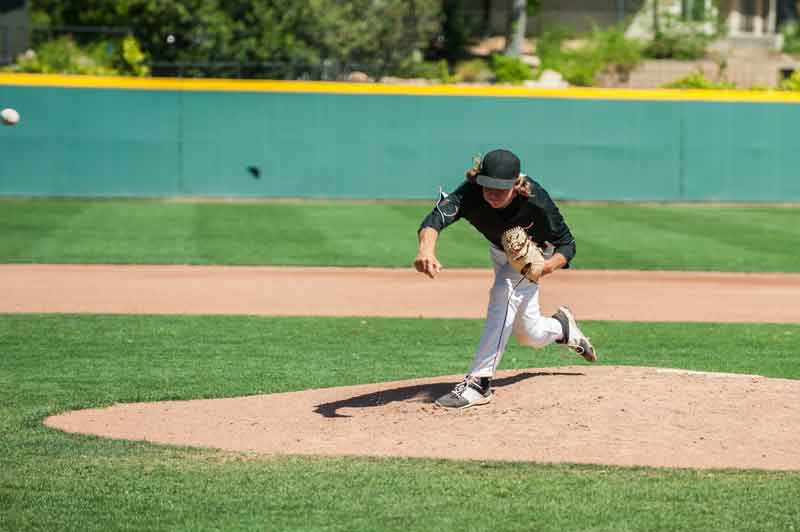 Thoracic outlet syndrome is relatively rare, but is more common among workers and high performance athletes who use a lot of repetitive upper arm movements, such as baseball pitchers. TOS periodically makes the news when a professional athlete (such as New York Mets pitcher Matt Harvey) is sidelined for TOS surgery to repair compression on the nerves, veins and arteries in that area.

The condition can affect young, active people who are otherwise in top physical form. It typically occurs in a two- to three-centimeter area of the neck/shoulder where all the nerves to the entire arm, collarbone and hemi-diaphragm pass through. For athletes, the build-up of muscle tissue and the repetitive motion likely contribute to the syndrome.

In a typical scenario, a college baseball pitcher, training regularly, may develop numbness and tingling in his hand. Thanks to a trainer who recognizes the signs, he ends up seeing a vascular surgeon, who diagnose TOS. In many cases, medication and physical therapy can relieve pressure in the area, but in other cases, vascular surgery may be considered.

High performance athletes may be concerned about permanent nerve damage from surgery, but the new study confirms that those side effects are very rare. The study also found that excessive bleeding is also highly uncommon. The surprising level of safety will be reported in the September 2017 edition of the Journal of Vascular Surgery (JVS).

Decompression surgery in this area of the body is a tricky business, and is nearly always performed by highly trained vascular surgeons who specialize in TOS.

Occasionally, patients with thoracic outlet syndrome might have additional differences in the body, including an extra rib formation called a “cervical rib,” bulky first ribs and multiple muscular and tendinous bands. Vascular surgeons also will look for nerve and vascular symptoms from thrombosis, an aneurysm or blood clots.

“This study confirms the very low rate of nerve injury,” said the report’s lead author Dr. Elena Rinehardt, “and risk of a major bleeding event also is quite low.”

The JVS article report reviewed the results of 1,431 surgeries, finding that serious complications were remarkably low, with just 0.3 percent of patients having nerve injuries and 1.4 percent requiring transfusion.