// Health Canada Approves HEMLIBRA® for Hemophilia A Patients with Inhibitors

Health Canada Approves HEMLIBRA® for Hemophilia A Patients with Inhibitors 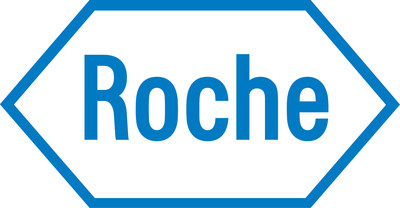 In two of the largest clinical studies for people with hemophilia A with inhibitors (HAVEN 1 and HAVEN 2), HEMLIBRA was shown to substantially reduce bleeds in adults and children compared to prior episodic (on demand) treatment with bypassing agents.3,4

"Preventing bleeds in patients with hemophilia A can be extremely challenging, usually requiring patients to self-infuse medications multiple times a week, or even daily," says Dr. Jayson Stoffman, Associate Professor, Department of Pediatrics and Child Health, University of Manitoba, and Medical Director of the Manitoba Bleeding Disorders Program. "The development of inhibitors adds a significant challenge, with more demanding treatments that are often less effective. Hemlibra offers these patients the chance to effectively reduce the frequency of their bleeds with a once weekly injection at home. This could significantly improve the quality of life for inhibitor patients, and particularly children and their families."

Hemophilia A is a rare bleeding disorder affecting approximately 3,000 Canadian males.5 People with hemophilia A have significantly lower than normal levels of factor VIII (FVIII) in their blood, which lowers the ability of their blood to clot.6 Nearly one-in-three people with severe hemophilia A can develop inhibitors to factor VIII replacement therapies, putting them at greater risk of life-threatening bleeds or repeated bleeding episodes that can cause long-term joint damage.7

"Many people with severe hemophilia A face an ongoing struggle to control their bleeds, live with pain caused by joint damage and their lives revolve around treatment infusions. Until now, treatment options have been limited for those with inhibitors to factor VIII and there hasn't been a new medicine in the past 20 years," says Paul Wilton, President, Canadian Hemophilia Society. "Hemlibra is a significant innovation for people with inhibitors and we are pleased that it is now approved for Canadian patients."

About the Health Canada Approval
The Health Canada approval of HEMLIBRA is based on data from two pivotal clinical studies for people with hemophilia A with inhibitors, the phase III HAVEN 1 and HAVEN 2 studies.

HEMLIBRA prophylaxis was evaluated in a randomized, multicenter, open-label clinical study in 109 adolescent and adult males (aged 12 to 75 years old) with hemophilia A with FVIII inhibitors who had previously received either episodic (on-demand) or prophylactic treatment with bypassing agents.  In the study, patients received weekly HEMLIBRA prophylaxis (Arms A and C) — 3 mg/kg once weekly for 4 weeks followed by 1.5 mg/kg once weekly thereafter — or no prophylaxis (Arm B).8

Below is a summary of key data from the HAVEN 1 study:9

HAVEN 2 was a single-arm, multicenter, open-label clinical study in pediatric patients (age < 12 years old, or 12 to 17 years old weighing < 40 kg) with hemophilia A with factor VIII inhibitors.  Patients received HEMLIBRA prophylaxis at 3 mg/kg once weekly for the first four weeks followed by 1.5 mg/kg once weekly thereafter.

The study evaluated the pharmacokinetics, safety, and efficacy of weekly HEMLIBRA prophylaxis, including the efficacy of weekly HEMLIBRA prophylaxis compared with previous episodic (on-demand) and prophylactic bypassing agent treatment in patients who had participated in the non-interventional study (NIS) BH29768 prior to enrollment (intra-patient comparison).

Below is a summary of the interim results of HAVEN 2:4

About Hemophilia A
Hemophilia A is an inherited, serious disorder in which a person's blood does not clot properly, leading to uncontrolled and often spontaneous bleeding. Hemophilia A affects around 3,000 Canadian males,5 approximately 40 per cent of whom have a severe form of the disorder.13

People with hemophilia A either lack or do not have enough of a clotting protein called factor VIII. Depending on the severity of their disorder, people with haemophilia A can bleed frequently, especially into their joints or muscles.14 These bleeds can present a significant health concern as they often cause pain and can lead to chronic swelling, deformity, reduced mobility, and long-term joint damage.15 A serious complication of treatment is the development of inhibitors to factor VIII replacement therapies.16 Inhibitors are antibodies developed by the body's immune system that bind to and block the efficacy of replacement factor VIII,17 making it difficult, if not impossible to obtain a level of factor VIII sufficient to control bleeding.

About HEMLIBRA® (emicizumab injection)
HEMLIBRA is an engineered humanized monoclonal modified immunoglobulin G4 (IgG4) antibody that bridges activated factor IX and factor X to restore the natural function of missing activated factor VIII that is needed for effective blood clotting. It has no structural relationship to FVIII and, as such, does not induce or enhance the development of direct inhibitors to FVIII.18,19

HEMLIBRA is a prophylactic (preventative) treatment that can be administered by an injection of a ready-to-use solution under the skin (subcutaneously) once weekly.20

HEMLIBRA was created by Chugai Pharmaceutical Co., Ltd. and is being co-developed by Chugai, Roche and Genentech. It is currently approved in the United States and Europe for people with hemophilia A with factor VIII inhibitors.

About Roche in Hematology
For more than 20 years, Roche has been developing medicines that redefine treatment in hematology. Today, we are investing more than ever in our effort to bring innovative treatment options to people with diseases of the blood. In addition to approved medicines MabThera®/Rituxan® (rituximab), Gazyva®/Gazyvaro® (obinutuzumab), and Venclexta™/Venclyxto™ (venetoclax) in collaboration with AbbVie, Roche's pipeline of investigational hematology medicines includes Tecentriq® (atezolizumab), an anti-CD79b antibody drug conjugate (polatuzumab vedotin/RG7596) and a small molecule antagonist of MDM2 (idasanutlin/RG7388). Roche's dedication to developing novel molecules in hematology expands beyond malignancy, with the development of Hemlibra (emicizumab injection), a bispecific monoclonal antibody for the treatment of hemophilia A.

About Roche
Headquartered in Basel, Switzerland, Roche is a global pioneer in pharmaceuticals and diagnostics focused on advancing science to improve people's lives. The combined strengths of pharmaceuticals and diagnostics under one roof have made Roche the leader in personalised healthcare – a strategy that aims to fit the right treatment to each patient in the best way possible.

Roche is the world's largest biotech company, with truly differentiated medicines in oncology, immunology, infectious diseases, ophthalmology and diseases of the central nervous system. Roche is also the world leader in in vitro diagnostics and tissue-based cancer diagnostics, and a frontrunner in diabetes management.

Roche Canada was founded in 1931. The company employs over 1,000 people across the country, with its pharmaceuticals head office located in Mississauga, Ontario, and diagnostics division based in Laval, Quebec. Roche Canada is actively involved in local communities, investing in charitable organizations and partnering with healthcare institutions across the country. For more information, visit www.rochecanada.com.

All trade-marks mentioned are the property of their respective owners.