/THIS NEWS RELEASE IS NOT FOR DISTRIBUTION TO U.S. NEWSWIRE SERVICES FOR DISSEMINATION IN THE UNITED STATES/ 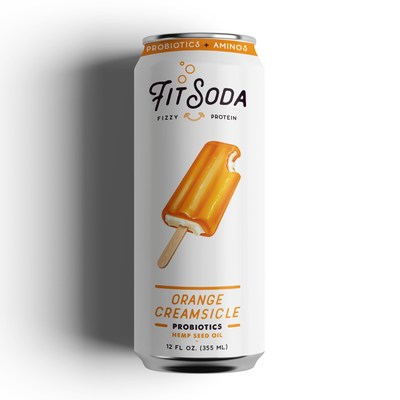 A functional beverage is a drink augmented with nutrients and/or supplements in order to convey a health benefit to the consumer. Examples of functional beverages include sports and performance drinks, ready to drink (RTD) teas, and nootropic beverages sometimes known as 'smart drinks'.

Koios is already one of the leading innovators in the nootropic beverage industry, and is now branching out into a line of functional soda drinks.

"This is a beverage line we've had in our development pipeline since before we launched the company," says Koios CEO Chris Miller. "We wanted to produce a beverage that lets our customers enjoy a high end soda drink, but also get some benefit from that drink at the same time."

Fit Soda will be produced using only organic ingredients and manufacturing methods, without any artificial preservatives, colours or flavours.

"The idea is to create a beverage that gives you all the taste you expect from a quality soda product, but with none of the guilt," Miller says. "It's a 'soda with benefits'."

The Fit Soda line is the second phase of the Koios product launch that began in early 2018 with the production of the Company's line of nootropic beverages intended to increase mental focus and acuity. The Fit Soda line is generally focused more on physical well being, featuring blends that offer high levels of nutrients, amino acids, proteins, electrolytes or probiotics.

"Our society is experiencing huge demand for natural, organic foods and beverages, with the market for these products growing by an expected 70 per cent between 2016 and 2021," Miller says. (Source: Packaged Facts, 2016) "We're seeing that demand already, as our sales literally doubled over last month."

To meet that growth, Koios announced in August it had entered into a co-packaging agreement with Golden Global Goods, the parent company of Rocky Mountain Soda.  The agreement gives Koios access to Rocky Mountain's high-volume production line, so the functional beverage maker can now produce a lower minimum amount of product at any given time, while achieving the same cost-effectiveness that could otherwise only be gained through mass production.

Miller says that agreement was reached in part so that Koios can schedule release of its Fit Soda line in January or February of 2019, while still maintaining production of its current lines of nootropic beverages.

Additionally, the Company will also proceed with its new line of THC and CBD infused beverages through its wholly owned subsidiary Cannavated Beverage Corp., as announced on Sept. 4, 2018.

On behalf of the Board of Directors of the Company.

About Koios Beverage Inc.
The Company, through its wholly-owned subsidiary Koios, Inc., is an emerging functional beverage company which has an available distribution network of more than 2,000 retail locations across the United States in which to sell its products. Koios has relationships with some of the largest and most reputable distributors in the United States, including Europa Sports, Muscle Foods USA, KeHE, and Wishing-U-Well.  Koios is also the sole owner of Cannavated Beverage Co., a subsidiary that develops beverage products and formulas for the growing cannabis market. Through its agreement with Keef Brands, the largest producer of cannabis beverages in North America, Cannavated enjoys distribution throughout the State of Colorado and is preparing for distribution in additional US states where cannabis use is legal.

Koios is one of the only drinks in the world to infuse its products with MCT oil.  MCT oil is derived from coconuts and has been shown to help the body burn fat more effectively, create lasting energy from a natural food source, produce ketones in the brain, allowing for greater brain function and clarity, support healthy hormone production and improve immunity. For more information, please visit our website: https://www.mentaltitan.com/ or koiosbeveragecorp.com