TORONTO, Sept. 25, 2018 /CNW/ - This week, the Human Rights Tribunal of Ontario released a landmark decision in the Association of Ontario Midwives case against the Ministry of Health and Long Term Care, finding in favour of midwives. The Tribunal ordered government to take steps to close the pay equity gap for midwives and monitor for the impact of gender discrimination on their compensation. 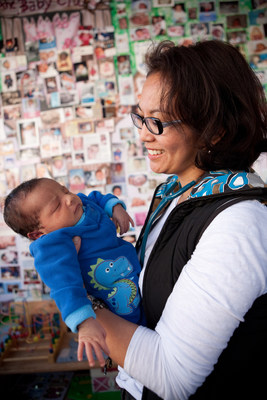 In Ontario, on average, women earn around 70 cents on the male dollar. Experts in the case demonstrated the gap for midwives is at least 48%."At the Tribunal, we provided evidence to show a gender "trifecta" of services provided by women, for women, in relation to women's reproductive health. The Tribunal found this to be an apt description of the strong association which exists between midwives and gender," states Elizabeth Brandeis, President of the Association of Ontario Midwives.

"This is a landmark decision. It vindicates what midwives have known and lived with – our work has been undervalued and underpaid. It's an historic decision not just for midwives, but for all equity-seeking communities who have experienced systemic discrimination," says Katrina Kilroy, President of the Canadian Association of Midwives.

Midwives, moms, babies and families will be celebrating on the lawn of Queen's Park on Thursday at 12:15 pm.

There are approximately 900 midwives in Ontario, serving 77 communities in 90 clinics across the province. Approximately 17% of births in Ontario in 2018 will be attended by a midwife. Since midwifery became a regulated health profession in 1994, more than 225,000 babies have been born under midwifery care.

Midwives are experts in normal pregnancy, birth and newborn care, university educated and trained in emergency management. Midwifery care is publicly funded and is rooted in the most current maternal and newborn care research and evidence.