Fair fight for all. We're all created equal, until we have to fight cancer. It's time to give everyone an equal fighting chance. #ShareYourDNA

MONTREAL, Oct. 23, 2018 /CNW Telbec/ - Today, Mai Duong is proud to launch the Swab The World Foundation, to help those like herself who are fighting blood cancer. Her ultimate goal? To diversify and shake up the world stem cell donor registry. Nothing less. 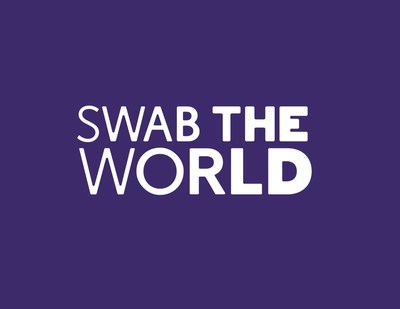 Having gained prominence during the 2014 Save Mai Duong campaign, her story brought to light the cruel lack of ethnic stem cell donors in all national registries. The initiative was successful as three Asians in addition to Mai were able to find a compatible donor, and the percentage of Asian donors signed up to the Quebec registry increased from 0.9% to 4.3%. Mai Duong is now ready to take over the world and educate youth from all four corners of the earth about stem cell donation, with the aim of growing donation banks.

"I always promised myself that I'd do something when I was better, and that happens today. We're launching the Swab The World Foundation fully intent on giving all patients an equal chance of survival, regardless of their ethnicity," she said.

Cancer is a tough battle, even more so when the patient is of ethnic origin. To this day, 70% of registered stem cell donors are Caucasian, while 88% of the world is not. It's crucial to raise awareness about this issue among young people to change this statistic.

"Today, there are 18,000 people in the world waiting for a stem cell transplant. What I want is for young people to register so we can save more patient lives in their communities," she added.

Mai Duong also encourages young ethnic people aged 18 to 35 to join her new #ShareYourDNA campaign, and for patients or survivors to create a profile on the Foundation's website, www.swabtheworld.com. Other than donating stem cells, you can support the Swab The World Foundation through monetary donations, and especially by helping to spread the word about the Foundation.

Le courage de Bébé Lionne
In addition to launching her Foundation, Mai will publish her first book in November. When she was being treated for leukemia, she came up with a story to help her five-year-old daughter through this ordeal. Published by Éditions de la Bagnole, Le courage de Bébé Lionne ("Baby Lion's Courage") is a wonderful story about family, love and resilience. Written with love by a mother and wonderfully illustrated by Amélie Dubois, this book isn't just for children living with a sick parent – it's also for anyone having to face obstacles, big and small.

About Swab The World
Swab The World was born out of the desire to empower patients from all over the world through agility, technology and media.  The Foundation was founded by Mai Duong, a leukemia survivor, who faced the grim reality of not finding her match because of her Vietnamese background.  More than a simple recruitment platform to register donors, Swab The World aims to empower patients from all over by giving them the right tools and the right words to lead a successful recruitment campaign, be it locally or internationally.  Through our platform, those looking for a match can get the word out on stem cells connect qualified donors to their country's registry and connect with others going through the same ordeal. Real people, real impact, real change.