Gene therapies have been a point of discussion during the last several years as a potential curative option for a variety of disease indications. The majority of the cardiovascular and metabolic disorder (CVMD) gene therapies in development are targeting cardiovascular indications, indicating immense opportunity for biotech companies to pursue drug candidates that target metabolic disorders, says leading data and analytics company GlobalData.

In addition, the report reveals that, despite investment in CVMD gene therapies, the majority of the candidates across the 8MM are still in early R&D stages, whereas only a handful of CVMD gene therapies are in Phase II or Phase III clinical trials. 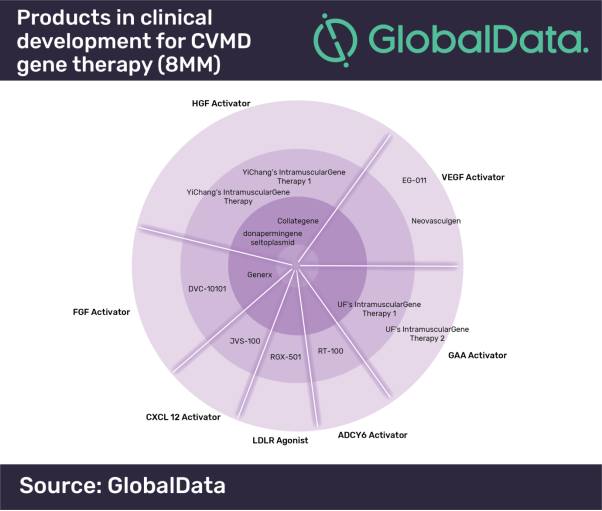 Key opinion leaders interviewed by GlobalData anticipate big pharma companies to partner with these smaller biotech companies to enhance development of gene therapy candidates within the next decade.