Toronto, ON — Canadian bicycle company OPUS celebrates the arrival of spring with an update on its successful Classico city bikes, available in a range of sunny colours that will please every discerning taste. With its modern technology, retro inspiration and vibrant colors, the “his and hers” collection meets the urban cyclist’s demand for both style and functionality. The Classico collection is simply this season’s “must have.”

“We chose the new colours for the Classico collection to appeal to the wide range of urban cyclists, from neophyte to the experienced urban travelers who are keen to be informed on the latest trends,” said David Bowman, president of Outdoor Gear Canada, the country’s largest distributor of bicycles and accessories, and the company behind OPUS.

In addition to the head-turning retro styling and colors, the supremely practical Classico 1.0 and 2.0 models are the simplest way to get around town. Made from 6061 aluminum, they are designed for quick and efficient urban jaunts. The Classico 1.0 is equipped with a kickstand, fenders and rack, and sells for $699.99, while the Classico 2.0 also comes well-equipped for $559.99. 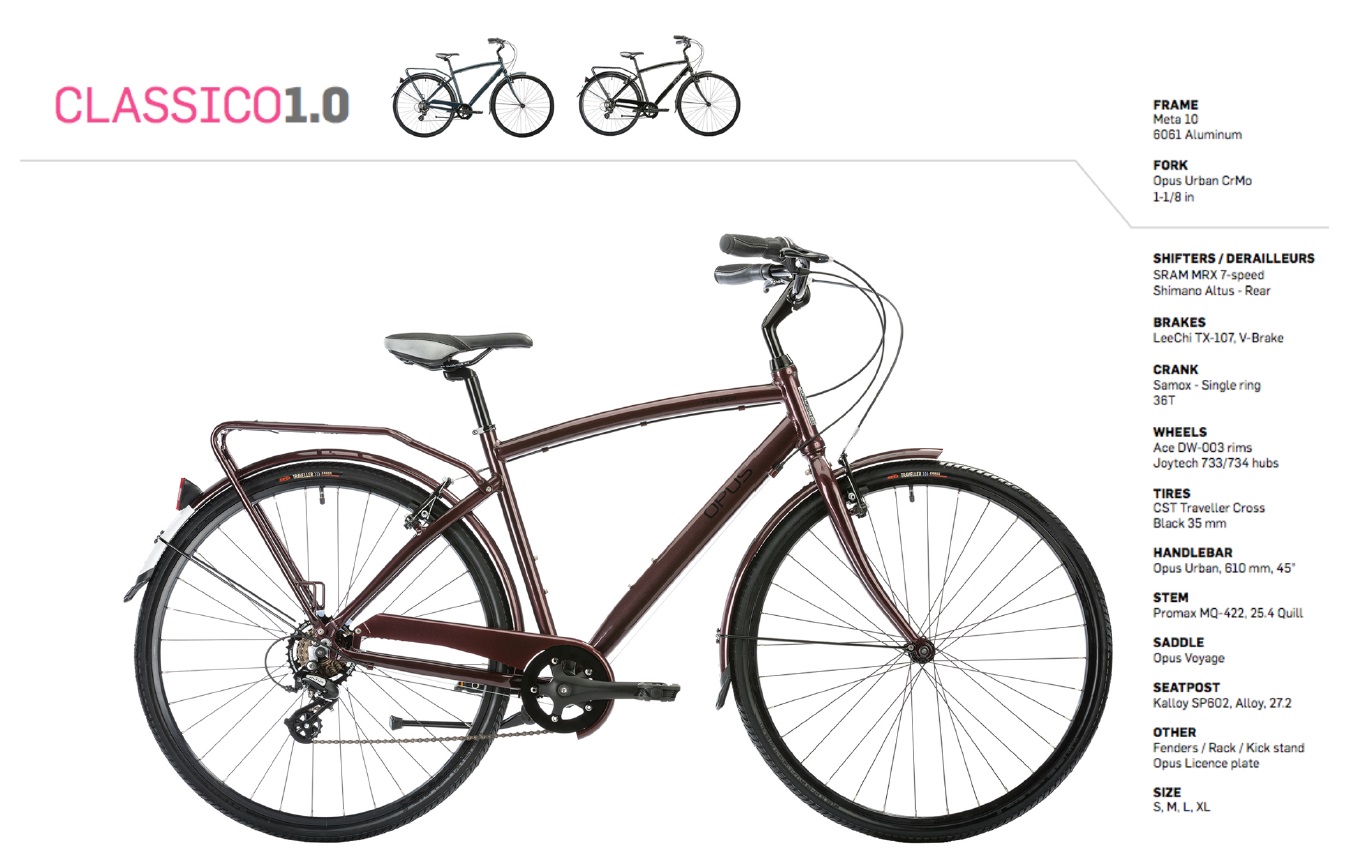 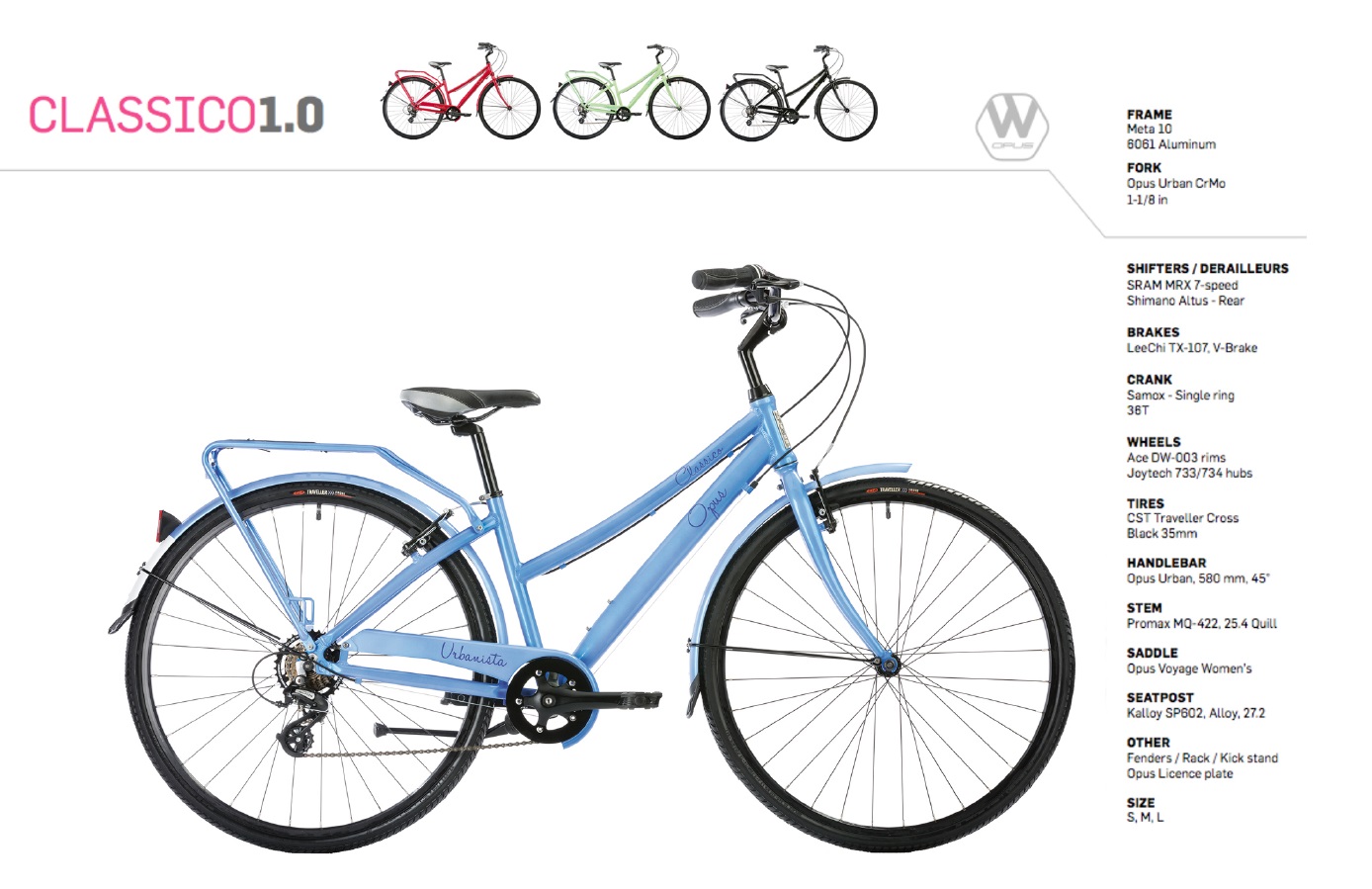 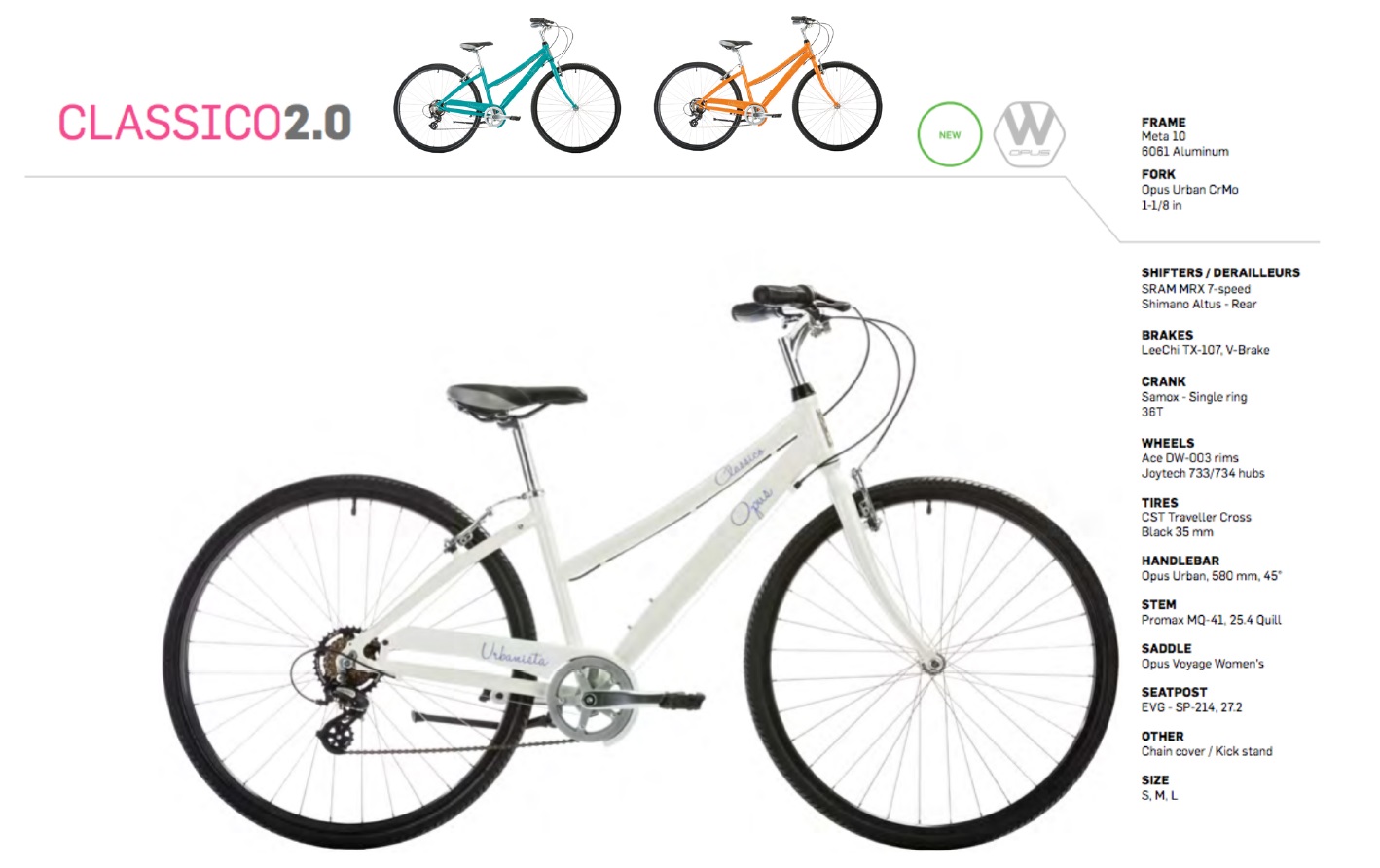 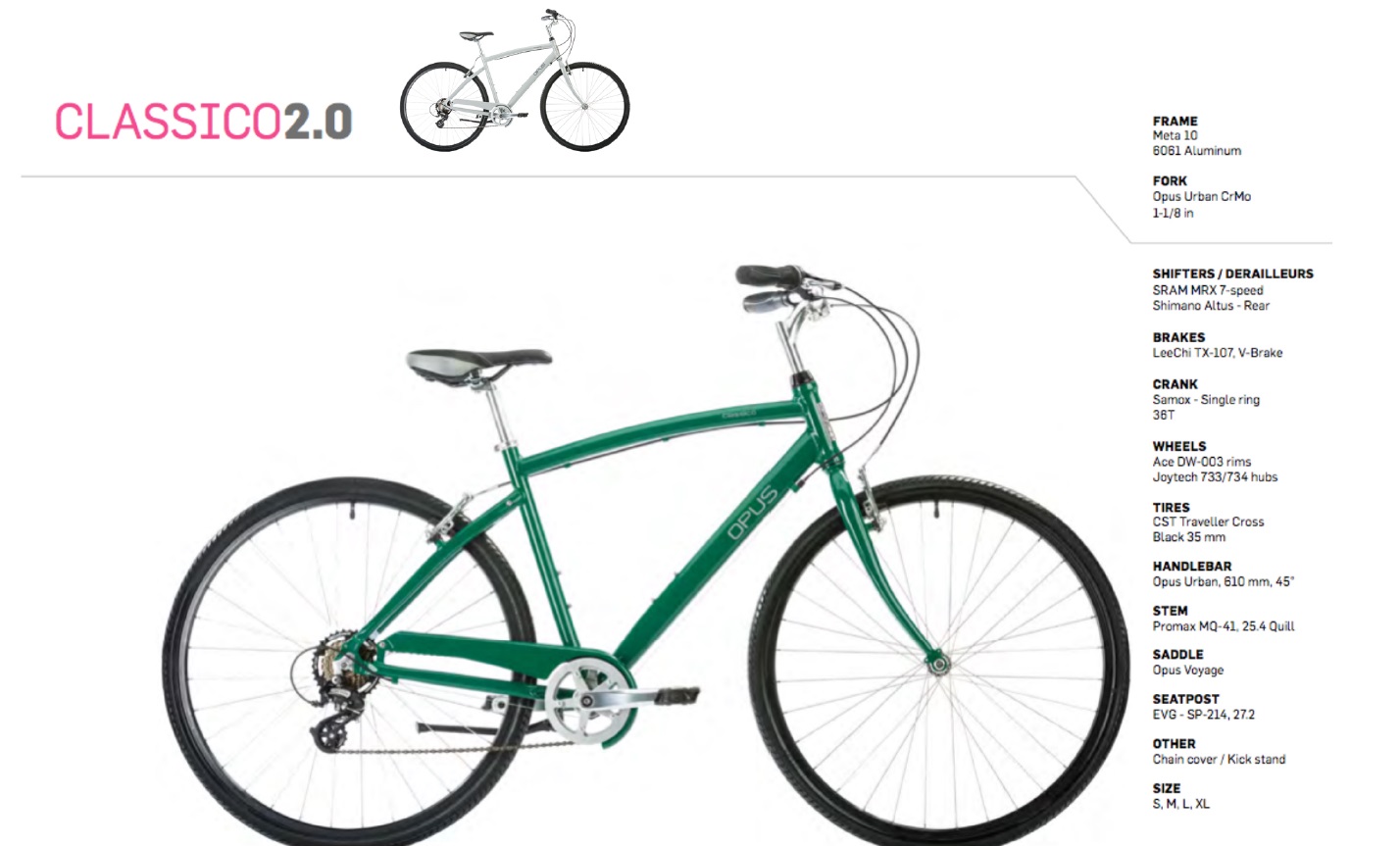 For a list of OPUS retailers, please visit www.ogc.ca/opusbike.html.

About OPUS
Founded in 1979, Outdoor Gear Canada, the country’s leading distributor of premium cycling products, designs and assembles OPUS bicycles in its LEED-certified office and warehouse in Montreal, Quebec. OGC also operates a warehouse and service center in Vancouver, British Columbia for western Canadian dealers. Opus’ 2015 Program includes a full range of urban, road, mountain and kids’ models sold throughout Canada and the United States. The company is also exploring expansion into other international markets.