MONTREAL, April 20, 2018 /CNW/ - As thousands of runners are about to take part at the 16th annual Banque Scotia 21k de Montréal, one of Quebec's most important road races and fundraising runs, Scotiabank announces its $1 million donation to Montreal's Sainte-Justine University Hospital Centre. 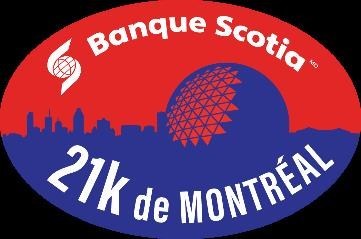 "Scotiabank aims to support organizations that are committed to helping young people reach their infinite potential," says Tom Apostolis, District Vice-President, Montreal Centre at Scotiabank. "We believe this is an investment in the long-term security, stability and growth of our communities. That's why we are proud to make this important donation to Sainte-Justine Hospital. Through the Scotiabank Charity Challenge at the Banque Scotia 21k de Montréal this coming weekend, we hope others will be encouraged to fundraise and give back to their chosen charity."

Through the Scotiabank Charity Challenge, the event raises money every year for close to 80 local charities that help to create a stronger future for young people and build vibrant communities. The fundraising program provides a simple way for runners to support the charity of their choice and make a significant impact locally as part of their race. Participating charities keep 100 per cent of the proceeds raised, as Scotiabank pays for all transaction and credit card fees.

Scotiabank's million-dollar donation, which is complementary to the funds raised through the Scotiabank Charity Challenge, will directly support the CHU Sainte-Justine's pediatric asthma department and the emergency room. Half of the funds will be allocated to the development of a Rapid Evaluation Zone in Sainte-Justine's high-traffic emergency room. The implementation of this project led by Dr. Antonio D'Angelo, Chief of emergency medicine at CHU Sainte-Justine, aims to improve the management of sick patient care and reduce waiting times. According to the seriousness of the patient's health status, this innovative system allows doctors to evaluate children in the emergency room faster and start their treatment earlier.

The other half of the donation will support childhood asthma research led by Dr. Francine Ducharme, Pediatrician, clinical epidemiologist and researcher at CHU Sainte-Justine. While it has been a long time since the evolution of asthma in children was thought to be irreversible, new research by Dr. Ducharme and her collaborators shows there is new hope to improve not only the control of the disease in the short term, but also the chances of long-term remission, or a complete healing.

"It's a great honor to receive this exceptional support from Scotiabank," said Maud Cohen, President and CEO of the CHU Sainte-Justine Foundation. "It is also a privilege to make this announcement as part of the Banque Scotia 21k de Montreal, of which we were early participants. The impact of this donation on the health of asthmatic children and families visiting our emergency rooms will be major. All of this is made possible thanks to Scotiabank. We are pleased to take advantage of a charity sporting event as rallying as the Banque Scotia 21k to show our immense gratitude to this exceptional donor."

To celebrate this $1 million-dollar donation, Dr. Francine Ducharme, her colleagues and a team from the Pediatric Emergency Department will join the thousands of runners Saturday for the Banque Scotia 21k de Montréal race. They will run to raise additional money through the Scotiabank Charity Challenge for the CHU Sainte-Justine Foundation.

It's not too late to get involved in this year's Scotiabank Charity Challenge:

About the CHU Sainte-Justine
The Sainte-Justine university hospital centre (CHU Sainte-Justine) is the largest mother-child centre in Canada and the second largest pediatric hospital in North America. A member of the Université de Montréal extended network of excellence in health (RUIS), Sainte-Justine has 5,664 employees, including 1,578 nurses and nursing assistants; 1,117 other healthcare professionals; 502 physicians, dentists and pharmacists; 822 residents and over 200 researchers; 300 volunteers; and 3,400 interns and students in a wide range of disciplines. Sainte-Justine has 484 beds, including 35 at the Centre de réadaptation Marie Enfant (CRME), the only exclusively pediatric rehabilitation centre in Quebec. The World Health Organization has recognized CHU Sainte-Justine as a "health promoting hospital." chusj.org

About Scotiabank
At Scotiabank, we aim to support organizations that are committed to helping young people reach their infinite potential. Young people are our future leaders and Scotiabank's goal is to help ensure that they have the necessary skills and resources they need to support their success. Together with our employees, the Bank supports causes at a grassroots level. Recognized as a leader for our charitable donations and philanthropic activities, in 2017, Scotiabank contributed more than $80 million to help our communities around the world.

Scotiabank is Canada's international bank and a leading financial services provider in North America, Latin America, the Caribbean and Central America, and Asia-Pacific. We are dedicated to helping our 24 million customers become better off through a broad range of advice, products and services, including personal and commercial banking, wealth management and private banking, corporate and investment banking, and capital markets. With a team of more than 89,000 employees and assets of over $923 billion (as at January 31, 2018), Scotiabank trades on the Toronto (TSX: BNS) and New York Exchanges (NYSE: BNS). For more information, please visit www.scotiabank.com and follow us on Twitter @Scotiabank.