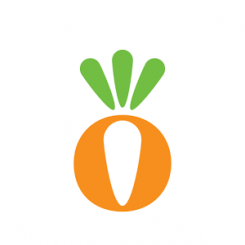 "Thousands of British Columbians have already taken steps toward a healthier lifestyle with the Carrot Rewards app," Government of British Columbia Health Minister Terry Lake said. "We know that increased activity can have positive benefits for our health and, thanks to these new partnerships, there are now even more incentives to get people moving and receive rewards for healthy behaviour."

"We're proud to be expanding the Carrot eco-system and functionality so significantly again," says CARROT insights (developer of Carrot Rewards) CEO Andreas Souvaliotis. "By joining hands with genuine game-changer organizations like Sun Life, Fitbit and the Canadian Diabetes Association, we are further enhancing the effectiveness of our powerful program and we're helping build an even healthier Canada."

"One in three Canadians is affected by diabetes or prediabetes," says Rick Blickstead, President and CEO, Canadian Diabetes Association. "The good news is that in many of the cases,  type 2 diabetes can be delayed and/or prevented with healthier eating or increased physical activity. By partnering with Carrot and Sun Life, we hope to encourage people to take charge of their health and be rewarded for achieving a healthy lifestyle."

"Sun Life is proud to partner with CARROT Insights and the Canadian Diabetes Association in supporting this unique health initiative in British Columbia," says Chris Denys, SVP Possibilities, Digital Health Solutions, Sun Life Financial Canada. "It aligns with our mission to proactively engage Canadians and empower them to take a more active role in managing their health and well-being."