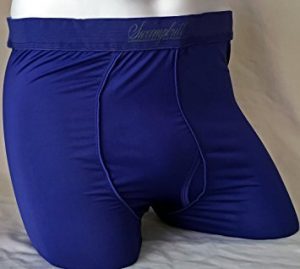 Lake Jackson, Texas (Tuesday June 19, 2018) – Citing the facts that 1) Americans hate soccer and 2) that watching it is more boring than most anything in a universe crowded by mind-numbing silliness, the makers of SwampButt Underwear™ (www.swampbutt.com) have chosen not to promote their men’s performance underwear in conjunction with any World Cup broadcasts this year or any time in the near or far future for any reason whatsoever. Not that they could afford this, but in case someone asks, the answer is a hard no.

Could Soccer Be Made More Interesting?

While ideas to make soccer more interesting, like hiding bear traps on the ‘pitch’, digging deep holes that players fall into and disappear forever, playing against a team of lions or cheetahs or even adding a paint ball/laser tag angle (all of which have merit), none has captured the attention of the Europeans, Middle Easterners, people from Asia or South Americans who believe that guys in shorts, kicking a ball for an hour and not scoring many or any points is worthy of attention. “Soccer is terrible, that’s why we hate it,” said sports aficionado and corporate spokesperson Nick Heraldson. “Lions or cheetahs could outscore most soccer teams currently playing World Cup matches. Hey, prove I’m wrong.”

When pressed for specifics about the terribleness of soccer, Heraldson listed the following:

In most sports when scoring, the advice is to ‘act like you’ve scored or been there before.’ It does not apply in soccer as it’s likely a player scoring never has scored before, hence the knee slides, jersey removal, hugging all the other guys on the team, and the announcer saying ‘goooooooooooooooooooal.’ “I can’t blame the announcer too much,” Heraldson sympathized. “Who knows how many more games until someone scores again? He has to seize the opportunity when it’s there.”

Soccer Rules and the Game Clock

How much time is left in a game or ‘match’ as they are called? No one knows because it’s a secret. “It’s rules and officiating are capricious at best and defy the rules of common sense; it’s like the European Union of sports,” Heraldson explained. “Americans like winner take all, a comeback for the ages the underdog winning against all odds, Cinderella stories, stuff like that.” Because of the time of play, size of the field/pitch, and number of turnovers, comebacks are nearly impossible in soccer. “Soccer fans will cite the sports popularity along with the appeal of athleticism, penalty kicks, and the imposition of someone else’s idea of what’s fair on the outcome,” Heraldson lamented. “How more awful could it be?”

Yes We Know How Popular It Is

People who enjoy soccer number in the tens of millions and every one of them will remind the games’ critics about how popular it is. “If people like to watch soccer, play soccer or attend games in person, no problem,” Heraldson reflected. “But please stop trying to force the rest of us to watch or shame us into saying how cool the World Cup is and how uncool we are for not ‘getting it’, because we know how unbelievably dull it is.”

To profit from the wisdom of SwampButt Underwear, visit the web site at www.swampbutt.com.

CAPTION: Whether playing soccer, chasing a meat truck or participating in a real sport, SwampButt Underwear Performance brand will fit snug, wick away sweat and dry it faster than any traditionally made men’s underwear.