// Sweet News: Review of Literature Indicates Sucralose Is Not Linked to Cancer

Sweet News: Review of Literature Indicates Sucralose Is Not Linked to Cancer 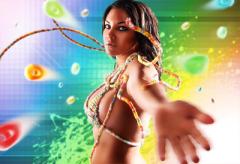 In a society where obesity is increasingly recognized as a risk factor for disease, low- and no-calorie ingredients are logical choices for those wishing to manage their weight. However, some people have concerns that sucralose, a no-calorie sweetener, may be linked to cancer. A new article published in Nutrition and Cancer: An International Journal may finally put those fears to rest; a comprehensive review of studies testing the safety and carcinogenicity of sucralose has confirmed that the artificial sweetener does not cause cancer, and is safe to ingest.

“This latest review of sucralose studies should reassure those who choose sucralose, and can be particularly useful to scientists and healthcare professionals, who may be asked for information on low calorie sweetener safety,” says lead author of the study, Professor Dr. Sir Colin Berry, Emeritus Professor of Pathology at the University of London.

Sir Berry and his fellow researchers conducted a review of studies assessing sucralose carcinogenicity potential, and placed them in the context of the types of studies relied upon by national and international regulatory agencies to make recommendations on the safety of new food ingredients. These studies are designed to maximize the possibility of detecting potentially adverse effects, and as such, adverse outcomes are expected to occur at some point.

To that end, many of the studies observe the results of dosages hundreds to thousands of times greater than any reasonable level of consumption. For example, the studies reviewed include observations on consumption of sucralose in quantities equivalent in sweetness to 74 to 495 pounds of sugar per day for an average weight (e.g., 75 kg) adult.

The Acceptable Daily Intake (ADI) for sucralose, established by the Joint Food and Agricultural Organization/World Health Organization Expert Committee on Food Additives, is 0 to 15 mg/kg body weight/day. In the studies reviewed, even when exposure levels were several orders of magnitude greater than the recommended ADI, sucralose did not demonstrate carcinogenic activity.

“Concerns are raised from time to time on what components of our lifestyle affect the rates of cancer,” continues Sir Berry.  “Smoking and sunlight are on all our lists and obesity is beginning to be recognised as a major factor. So low calorie sweeteners, which are important to many in managing their weight, need to be examined carefully in terms of lifetime use.”

Disclaimer: Funding for both the independent literature review, which formed the basis for the current paper, and the preparation of the manuscript, was provided by McNeil Nutritionals (creator of Splenda, since sold to Heartland Food Products). All study authors were employees of, or consultants to, McNeil Nutritionals at the time the manuscript was prepared. Some of the studies on sucralose’s safety reviewed in this study were also funded by the artificial sweetener industry.