Paris, France June 10, 2020 — Theories about how the coronavirus can spread varies across 16 countries with some myths holding more prominence in regions like emerging markets, according to the latest survey by Ipsos.

In global poll of nearly 16,000 people conducted from May 28 to 31, more people believe COVID-19 can live up to three days on surfaces over all other theories presented with a majority of respondents saying this is true in 11 of the countries.

But at the same time, people are more divided on whether COVID-19 can be spread by boxes and packages sent from other countries where the virus is present. 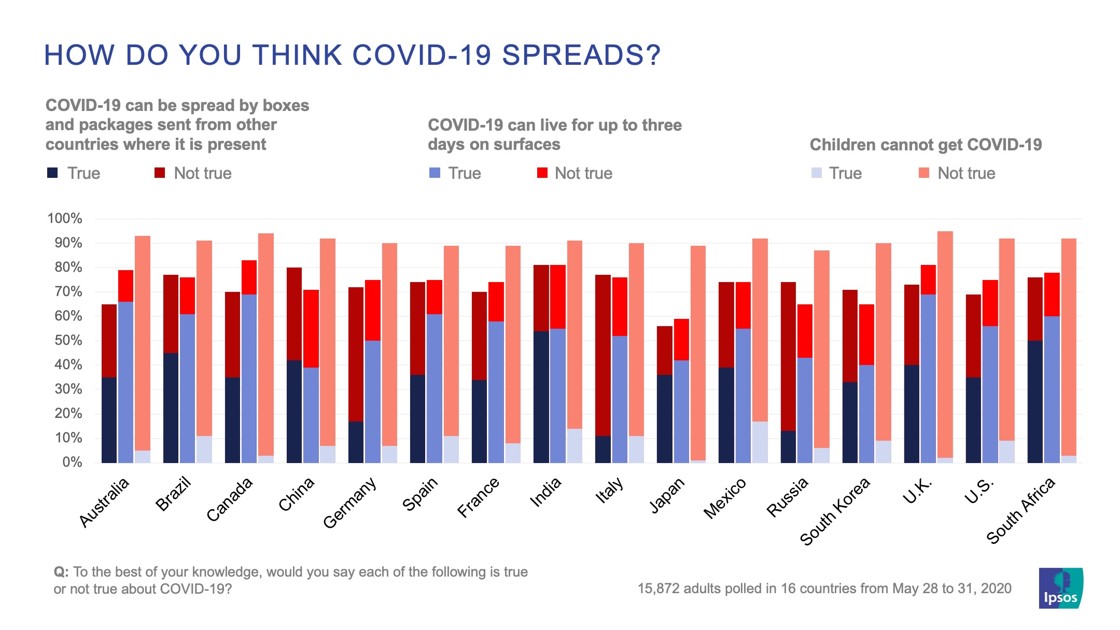 Exposure to drugs and temperature

In terms of treatment for COVID-19, a majority of people in 11 countries do not believe that hydroxychloroquine is a cure for the virus with those in Canada and the U.K. (80%), Australia (73%), the United States (69%) and Spain (67%) most likely to say this is false. 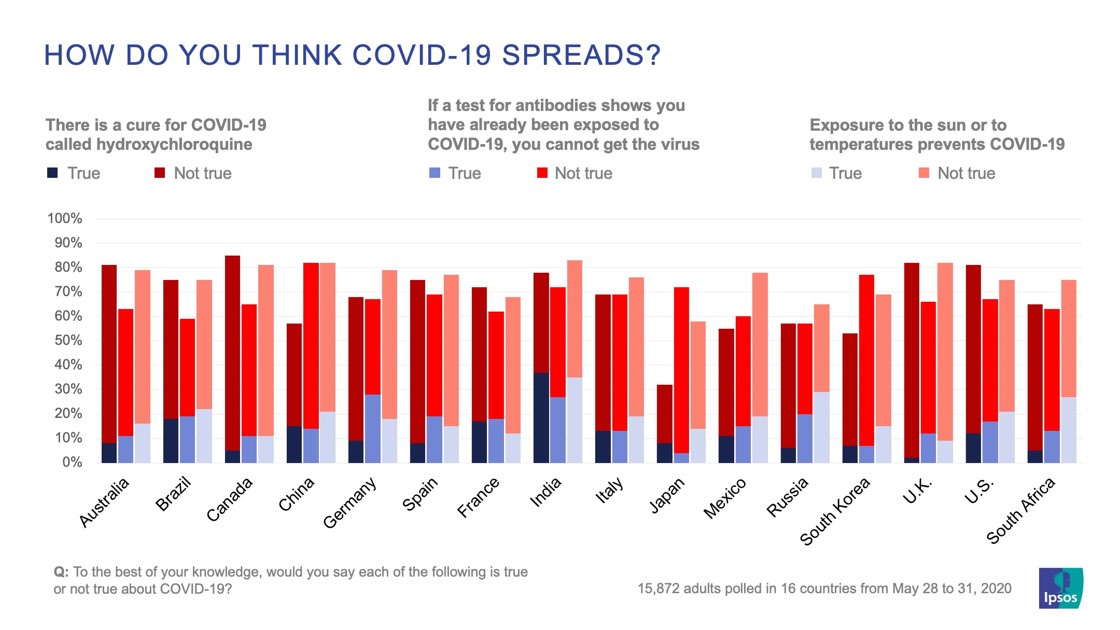 But people in India (37%) are mostly likely to believe the drug is a cure for the illness. Indians are also among the most likely to say that if a test for antibodies shows you have already been exposed to COVID-19, you cannot get the virus again. Those in Germany are also mostly like to say this is true at 28%, followed by 20% in Russia.

In terms of human transmission, a majority of people in all the countries disagree with the theory that children cannot get COVID-19 with this sentiment highest in the U.K. (93%) and Canada (91%). Mexico is the only country where nearly one in five (17%) say this is true.

When it comes to what you can eat to prevent infection, people in India (34%) and South Africa (14%) are most likely to say that eating garlic protects against infection of COVID-19. But, a majority of people in 15 countries said this is not true.

Lastly, there is consensus that 5G mobile technology cannot spread COVID-19 with a majority in all 16 countries saying this is false. People in the U.K. (88%), Canada (84%) and Germany (82%) top the list on this. 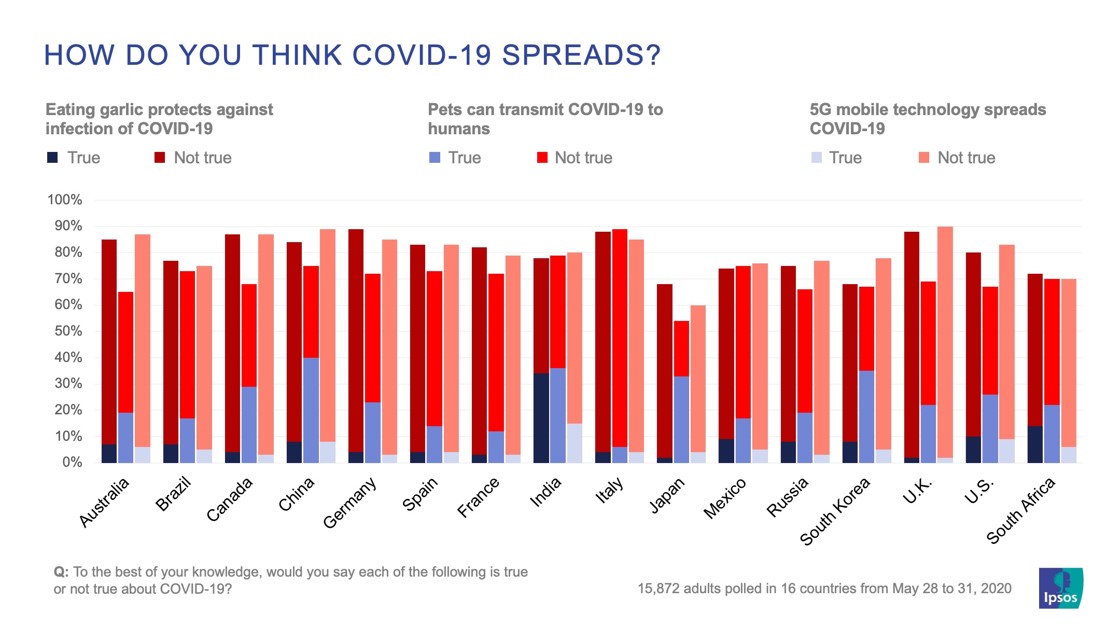 These are the results of an Ipsos survey conducted May 28th to 31st, 2020 on the Global Advisor online platform among 15,872 adults aged 18-74 in Canada and the United States and 16-74 in Australia, Brazil, China, France, Germany, Italy, Spain, India, Japan, Mexico, Russia, South Africa, South Korea and the United Kingdom. Where available, tracking results from previous studies conducted through March and April, as well as selected results from February, are referenced by date.

The sample for this study consists of approximately 1,000 individuals in each country. The samples in Australia, Canada, France, Germany, Italy, Spain, Japan, South Korea, the U.K. and the U.S. can be taken as representative of these countries’ general adult population over age 16 or 18 (as above) and under the age of 75. The sample in Brazil, China, India, Mexico, Russia, and South Africa is more urban, more educated and/or more affluent than the general population and should be viewed as reflecting the views of the more “connected” segment of the population. The data is weighted so that each market’s sample composition best reflects the demographic profile of the adult population according to the most recent census data.

Where results do not sum up to 100 or the ‘difference’ appears to be +/-1 more/less than the actual, this may be due to rounding, multiple responses or the exclusion of don't knows or not stated responses. The precision of Ipsos online polls is calculated using a credibility interval with a poll of 1,000 accurate to +/- 3.5 percentage points. For more information on the Ipsos use of credibility intervals, please visit the Ipsos website (www.Ipsos.com).