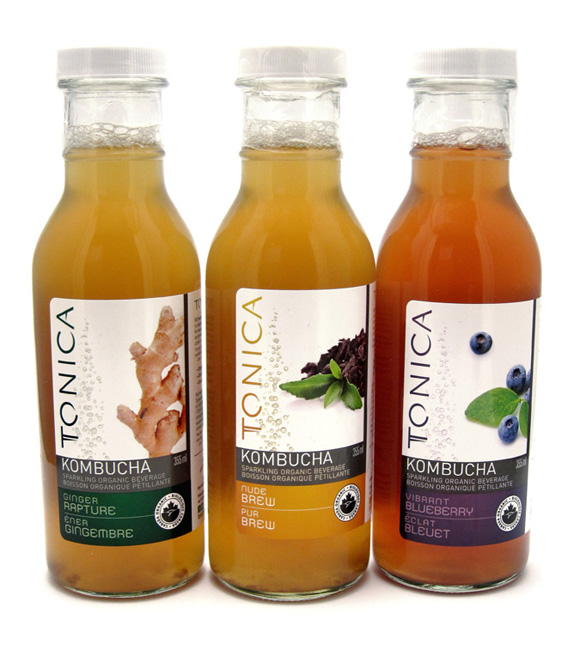 Kombucha is a variety of fermented, lightly effervescent sweetened black or green tea drinks that are commonly intended as functional beverages for their supposed health benefits. Kombucha is produced by fermenting tea using a "symbiotic 'colony' of bacteria and yeast" (SCOBY). Actual contributing microbial populations in SCOBY cultures vary, but the yeast component generally includes Saccharomyces and other species, and the bacterial component almost always includes Gluconacetobacter xylinus to oxidize yeast-produced alcohols to acetic and other acids.

Although it has been claimed to have numerous health benefits, there is no good evidence that drinking kombucha has such effects.[1] By contrast, there are several documented cases of serious adverse effects, including fatalities, related to kombucha drinking, possibly arising from contamination during home preparation.[2][3] Since the mostly unclear benefits of kombucha drinking do not outweigh the known risks, it is not recommended for therapeutic use.[1]

Despite their being claims there is no good evidence. I think it affects other people differently. The Tonica is naturally carbonated, only 45 calories per bottle, organic, raw and GMO free. Its also made in Canada. However a lot of carbs for a drink. I would rather not drink my carbs personally. However, it was really tasty and thirst quenching. But then again so is water. Until theres some good scientific background to its claims I probably wont be drinking any more kombucha any time soon.

The Tonica is bowed and bottled with natural carbonation over the course of a full 10 day ferment. According to them their brew preserves the integrity of ancient kombucha and delights todays customer with their certified organic tea infusions.