TORONTO, June 23, 2018 /CNW/ - Findings from CONFIRM – a large real-world evidence (RWE) study comparing the effectiveness of Tresiba® (insulin degludec injection) versus Toujeo® (insulin glargine U300) – will be presented on Monday, June 25, 2018 at the American Diabetes Association's 78th Scientific Sessions (ADA) in Orlando, US. The retrospective, non-interventional comparative effectiveness study, which included more than 4,000 adults with type 2 diabetes who were starting basal insulin for the first time, showed that after six months those treated with Tresiba® had significantly lower HbA1c compared to those treated with Toujeo® (-1.5 per cent vs. -1.2 per cent respectively; p=0.029).1 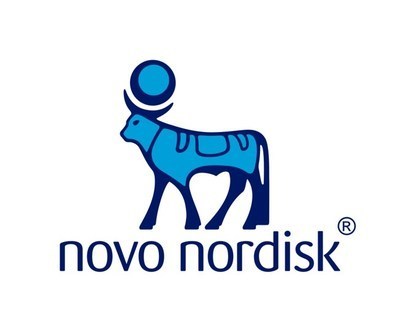 As a secondary endpoint, there was a 30 per cent lower rate of hypoglycemic episodes with Tresiba® compared to Toujeo® (p=0.045).1 In this study, hypoglycemic events, ranging from mild to severe, were registered using the International Classification of Diseases (ICD) codes 9/10 following diagnosis from a physician.2

This real world study also showed in another secondary endpoint that people treated with Tresiba® were more likely to stay on their treatment. Those treated with Toujeo® had a 37 per cent higher rate of discontinuing treatment after two years (p<0.001).1

"Real-world studies are important to understanding how clinical trials may translate into real value for patients in everyday clinical practice," said Todd Hobbs, vice president and US chief medical officer of Novo Nordisk. "The CONFIRM results add to the body of evidence on Tresiba® for adults with type 2 diabetes."

About the CONFIRM study
The CONFIRM study is a retrospective, non-interventional comparative effectiveness study that investigated Tresiba® and Toujeo® in 4,056 insulin-naïve (defined as no evidence of basal insulin use at least 365 days prior to index date) adults with type 2 diabetes in the US. Study groups were equal in size (n=2,028) and patients in each group were comparable after matching for baseline characteristics.

Patients were uncontrolled on one or more oral antidiabetic drugs or a GLP-1 (glucagon-like peptide-1 receptor agonist) and prescribed Tresiba® or Toujeo® according to local practice. Electronic health records were sourced from multiple health systems in the U.S. The primary endpoint was change in HbA1c (blood sugar control) from baseline to six months follow-up. Secondary endpoints included rate of hypoglycemia, proportion of patients with at least one hypoglycemia episode and the rate of treatment discontinuation.

As with all real-world studies, CONFIRM was not randomised and it carries the limitations of real-world evidence. This includes potential under-reporting of hypoglycaemia (however, this is the case in both treatment arms in CONFIRM meaning that the rate ratio as well as the odds ratio are expected to be preserved), and the short follow-up period of 3-6 months (though this corresponds to when the largest changes in HbA1c tend to occur and is commonly used in many trials). Additionally, in CONFIRM there is only evidence of prescribed basal insulin and not actual use (whether the medication was picked up at the pharmacy).

About hypoglycemia
Hypoglycemia occurs when blood sugar levels are too low and cannot provide the body's organs with the energy they need. Hypoglycemia can cause a range of symptoms including confusion, trembling, sweating, increased heart rate, difficulty with concentration and speech and in severe cases can lead to a seizure or coma.3-6

About Tresiba®
Tresiba® (insulin degludec) is a once-daily basal insulin that provides a duration of action beyond 42 hours with a flat and stable glucose-lowering effect.7,8 It has been shown to provide a lower risk of overall, nocturnal and severe hypoglycemia, and low variability in blood sugar levels versus insulin glargine U100.8,9,10 Tresiba® received its first regulatory approval in September 2012 and has since been approved in more than 80 countries globally. It is now commercially available in more than 61 countries.

About Novo Nordisk
Novo Nordisk is a global healthcare company with 95 years of innovation and leadership in diabetes care. This heritage has given us experience and capabilities that also enable us to help people defeat obesity, haemophilia, growth disorders and other serious chronic diseases. Headquartered in Denmark, Novo Nordisk employs approximately 42,700 people in 79 countries and markets its products in more than 170 countries. For more information, visit novonordisk.ca, Facebook, Twitter, LinkedIn, YouTube.