// Who needs pharmacare? Study shows that of 36.3 million Canadians in 2016, 23.2 million had a private drug plan and 13.1 million had coverage under public drug plans.

Who needs pharmacare? Study shows that of 36.3 million Canadians in 2016, 23.2 million had a private drug plan and 13.1 million had coverage under public drug plans.

TORONTO, June 19, 2018 /CNW/ - According to a new study, advocates for national pharmacare have misdiagnosed the nature of gaps in prescription drug plan coverage in Canada and therefore have proposed the wrong solution. The author of the study says, "the problem isn't uninsured people, it's underinsured drug costs." 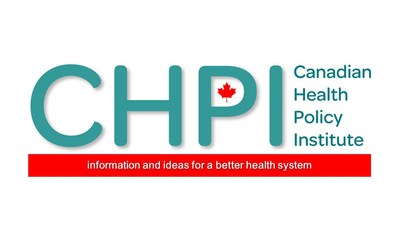 On February 27, 2018, the federal government established an Advisory Council on the Implementation of National Pharmacare. The council is Chaired by former Ontario Minister of Health Eric Hoskins. Pharmacare is proposed to be a publicly-funded program that would entirely replace Canada's existing public drug plans and employment-based private drug plans.

Advocates for pharmacare claim that millions of Canadians are not covered by any type of drug plan. The study published by the Canadian Health Policy Institute challenges this assumption.

The study found that in 2016 the total population of Canada was nearly 36.3 million. Almost 23.2 million people were covered by a private drug plan, while the remaining 13.1 million people had first or second payer coverage under public drug plans.

The analysis showed that for those Canadians who do not have a private drug plan and are not eligible for first payer coverage by status under a public drug plan, exposure to cost-sharing for public drug benefits is income-adjusted and therefore socially progressive. People in the lowest income deciles are eligible for coverage at zero or very low costs. People in the middle-income deciles face relatively moderate cost-sharing requirements, while people in the highest income deciles face the most significant exposure to cost, and even these costs are effectively capped at between three percent to seven percent of family income depending on the jurisdiction.

The study suggests that pharmacare's advocates have misrepresented surveys of Canadians reporting cost-related reasons for not taking their prescribed medication, to mean that many Canadians are not covered under any prescription drug plan.

According to Brett J Skinner (PhD), the author of the study, "Those survey results are best explained by exposure to cost-sharing. Simply forcing the entire population into a new national pharmacare plan is not a remedy for reducing under-insured drug costs. It is easier and less expensive to adjust the cost-sharing criteria for existing public drug plan benefits."

The paper, "Prescription drug plan coverage 2016: how many Canadians were insured, under-insured or uninsured?", was published at the online journal, Canadian Health Policy, at www.canadianhealthpolicy.com.

The analysis used the most recent data available for utilization, and related eligibility and cost-sharing criteria from the federal, provincial and territorial public drug benefit programs, health ministries or other government departments/agencies. Corresponding private drug plan data were obtained from the Canadian Life and Health Insurance Association. Population and income data were obtained from Statistics Canada.