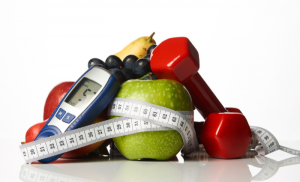 Where Do Recent Studies Stand?

Lately, there’s been much talk about the link between ADHD (attention-deficit-hyperactivity disorder) in children and maternal cholesterol levels, with girls being less susceptible to the effect than boys. What makes this research different than the previously conducted ones, is that this one is focused on children, while prior ones mostly focused on adults’ cholesterol and brain functions. The finding that suboptimal maternal cholesterol levels may increase the risk of ADHD is almost a breakthrough in the conclusions of this type. What is more, scientists explain that this is true for low high-density lipoprotein (HDL) in particular.

What Else Makes This Finding Special?

Even though this research is still in its beginning stages and needs additional investigation, it “raises new hypotheses about ADHD gender differences and future targets to prevent the disorder.” Researchers based their testing on data from the Boston Birth Cohort. The cohort was followed from birth up to age 15 and mostly comprises of low income, urban, and minorities.  The final analyses rounded up 1479 mother-infant pairs: 1176 neurotypical children, and 303 children with ADHD.

What Role Did Gender Play?

The research included both girls and boys, hoping to establish which gender (if any) was affected more. As reported, and based on the associations with ADHD for maternal HDL cholesterol and triglycerides, it appears that boys were more affected and vulnerable to suboptimal maternal cholesterol levels. The finding is believed to have shed new light on the ADHD sex difference.

Are There Any Implications To These Findings?

What Were The Limitations of the Study?

As reported, there were a few limitations:

Keeping your cholesterol levels in check is a must for all pregnant and non-pregnant women. Consult with your physician on taking supplements, such as Cholesterade®, you should take.