OTTAWA, May 3, 2018 /CNW/ - Dr. Roderick McInnes, Acting President of the Canadian Institutes of Health Research (CIHR), and CIHR's Governing Council, announced today the appointment of Dr. Christopher McMaster as the new Scientific Director of CIHR's Institute of Genetics. This appointment will be effective July 1, 2018. 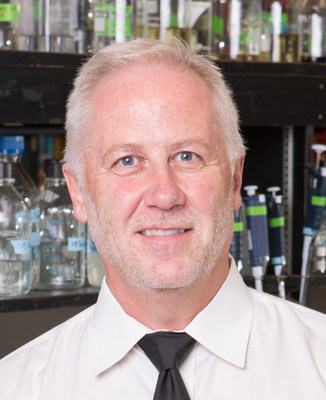 Dr. McMaster is a professor and head of the Department of Pharmacology at Dalhousie University, and director of the Cheminformatics Drug Discovery Lab, which uses sophisticated software to design new drugs.

He is also the co-founder and CEO of DeNovaMed, a biotechnology company that uses computer-aided design to drive the development of new classes of antimicrobials to address the global health threat of antimicrobial resistance.

Dr. McMaster's research interests range from basic biochemistry and cell biology to genomics. He has identified a potential therapy for congenital sideroblastic anemia, a disease which occurs when the bone marrow fails to produce a sufficient number of healthy red blood cells. He is also developing treatments for familial exudative vitreoretinopathy, a hereditary disorder that can cause vision loss, and for inherited Parkinson's disease.

As Scientific Director, Dr. McMaster will work with his community to identify research priorities, develop funding opportunities, build partnerships, and translate research evidence into policy and practice to improve the health of Canadians and people around the world. As a member of CIHR's leadership team, he will participate in setting and implementing CIHR's strategic direction.

"I congratulate Dr. McMaster on his appointment as Scientific Director of the CIHR Institute of Genetics. He has a truly outstanding record of research in the fields of biochemistry, yeast genetics, rare inherited diseases, and the development of novel drugs. I know that he is well positioned to continue IG's tradition of unwavering support for capacity-building and strengthening the many research communities that the Institute serves."

"I look forward to working with and supporting Canada's genetics community. Canada has a rich history in training and conducting world-class genetics spanning basic, translational, clinical, and outcomes research. There is substantive momentum across all areas that the IG will seek to further foster and grow."
Christopher McMaster, PhD
Incoming Scientific Director of the CIHR Institute of Genetics

"The appointment of Dr. McMaster to the prestigious role of Scientific Director is a testament to his significant accomplishments as a scientist and leader in his field. His innovative research has had a key role in shaping the future of genetic science in Canada and around the world, and we are proud to have a researcher of his caliber part of the Dalhousie University community."
Dr. Alice Aiken
Vice-President (Research), Dalhousie University

At the Canadian Institutes of Health Research (CIHR) we know that research has the power to change lives. As Canada's health research investment agency, we collaborate with partners and researchers to support the discoveries and innovations that improve our health and strengthen our health care system.

Dr. Christopher McMaster is a professor and Head of the Department of Pharmacology at Dalhousie University and Director of the Cheminformatics Drug Discovery Lab, which uses sophisticated software to design and then synthesize new drugs. Previous to this, he held a Canada Research Chair (Tier 2) in Biosignalling (the study of how messages are conveyed into cells by the interaction of a signal or a chemical messenger with a receptor incorporated into the cell membrane), and was the Assistant Dean for Graduate and Post-doctoral Studies in the Faculty of Medicine at Dalhousie University.

He currently serves on the scientific advisory board for the CIHR Institute of Genetics-sponsored Rare Disease Models and Mechanisms grant that connects the infrastructure and leadership of Canada's gene discovery projects with scientific communities working with model organisms such as yeast, worms, zebra fish, fruit flies, and mice.

As a researcher, he is a recognized leader in genetics, biochemistry, and cell biology. His research is broad in interest, ranging from basic biochemistry and cell biology, to genomics to determine causal genes for human genetic diseases and drugs for their treatment, to ethical and policy considerations as the field of human genomics becomes increasingly applied to clinical diagnosis and care. He has led large research consortia including acting as Principal Investigator (PI) on a Genome Canada Large-Scale Applied Research project, co-PI on a large Canada Foundation for Innovation grant, and as PI on a large-scale Atlantic Innovation Fund project. He has identified a potential therapy, currently in Phase 2 trials, for congenital sideroblastic anemia, a disease which occurs when the bone marrow fails to produce a sufficient number of healthy red blood cells. He is also developing treatments for familial exudative vitreoretinopathy, a hereditary disorder that can cause vision loss, and for inherited Parkinson's disease.

In 2006 he co-founded DeNovaMed, Inc., a biotechnology company that specializes in using computer-aided drug design to drive the synthesis and development of truly new classes of antimicrobials. Dr. McMaster has served as President of DeNovaMed since its inception and CEO since 2015. DeNovaMed is in the final stages of preclinical development and is expecting to start a first-in-human-trial for a new class of antibiotics for the treatment of multidrug-resistant infections.

Dr. McMaster completed his B.Sc. in microbiology and Ph.D. at the University of Manitoba, followed by a post-doctoral fellowship at Duke University Medical Centre.